What is considered to be autism? 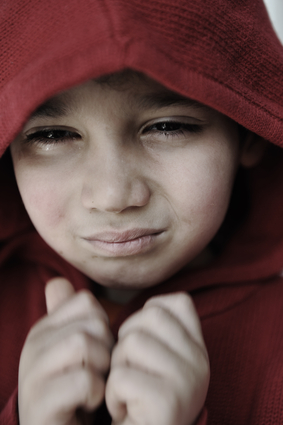 In 1998, Autism was defined: “Autistic children are extremely withdrawn and tend to live in their own fantasy world. They are often unable to express themselves verbally and do not make eye contact.”

More recently, it is defined: “Autism spectrum disorder (ASD) is a range of complex neurodevelopment disorders, characterized by social impairments, communication difficulties, and restricted, repetitive, and stereotyped patterns of behavior.”

Thus, by redefinition, they expanded the number of children who fall under this label.

Autism is the biggest epidemic we have in the U.S.A. It does not matter if it is classic Autism or any of the full Autism Spectrum Disorders it encompasses.

It affects 1 in 45 children in the USA, which means it affects (and destroys) at least 1 in 45 families.

According to studies by the Autism Research Institute in San Diego, Autistic children tend to have weak immune systems, causing decreased resistance to infections, particularly upper respiratory and ear infection. They also suffer from autoimmune problems.

There are studies showing that autism may be the result of reactions to childhood vaccinations. It was noted by Dr. Alan Cohen, an environmental physician from Connecticut, that high amounts of autism and attention deficit disorder (ADD) did not occur until the mandatory use of childhood vaccinations. He feels there is a connection.

Many autistic children suffer from food allergies. The inflammatory reaction of a food allergy can cause brain allergies, which are manifested as different disorders including autism.

Autistic individuals also tend to have vitamin and mineral deficiencies, particularly shortages of zinc, selenium, vitamins B6 and magnesium.

Orthodox medicine defines autism as a psychiatric disorder, and treats patients with behavioral modification programs and with drugs. Although autism does seem to be a psychological disorder, the brain is a physical part of the person, whose functioning can be improved through nutrition.

Environmental physicians, defined as doctors who study the relationship between patients and their environment, see positive changes when nutritional programs are followed.

Below is a system to locate deficiencies and books on Autism that talks about the use of nutritional programs:

What is the system that can help to locate deficiencies

“I started my autistic daughter on a Nutrition Response Testing program and watched her change radically. We followed the recommendations to a “T” which I believe was key to her rapid improvement. She started giving more and more eye contact, her communication improved tremendously, she stopped rocking and head-banging. I rarely catch her walking on her toes and the biggest change of all – NO MORE VIOLENT MELTDOWNS! She is loving and full of life. She has been mainstreamed and has not been in a specialized classroom for 4 years now. Thank you! ~ L. K.”

Find a Nutritionist who uses Nutritional Response Testing NEAR YOU.

MORE ABOUT NUTRITION AND AUTISM: