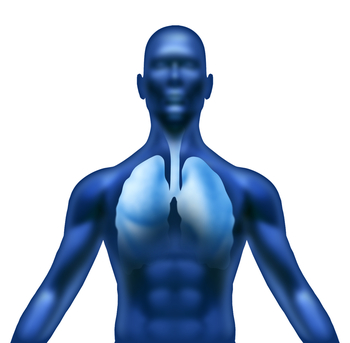 GET EDUCATED  TO TAKE CONTROL OF YOUR HEALTH

COPD is a general term for the many conditions affecting your lungs. Pulmonary refers to the lungs. COPD is a progressive condition that worsens over time and makes it difficult to breathe.

When you breathe, air goes down your windpipe into tubes in your lungs These tubes are called bronchial tubes or airways. 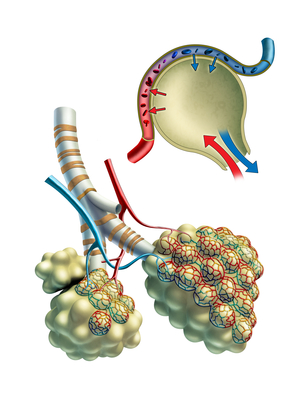 With COPD, the lungs are chronically obstructed.

In COPD, less air flows in and out of the airways because of one or more of the following:

There are two main conditions that create COPD: Chronic bronchitis, which involves a long-term cough with mucus; Emphysema, which involves destruction of the lungs, over time.

How do they create COPD?

In emphysema, the walls between many of the air sacs are damaged. As a result of this damage, the air sacs lose their shape and become floppy. This damage can destroy the walls of the air sacs, leading to fewer and larger air sacs instead of many tiny ones. With this condition the amount of gas exchange in the lungs is reduced. It is felt as “hard to breathe”.

In chronic bronchitis, the lining of the airways are constantly irritated and inflamed. This causes the lining to thicken. Lots of thick mucus forms in the airways, making it hard to breathe.

Most people who have COPD have both emphysema and chronic bronchitis. Thus, the general term “COPD” is more accurate.

Cigarette smoking is a leading cause of COPD. Many people who have COPD smoke or used to smoke.

Long-term exposure to other lung irritants—such as air pollution, chemical fumes, or dust contributes to COPD.

COPD can cause coughing that produces large amounts of mucus (a slimy substance), wheezing, shortness of breath, chest tightness, and other symptoms.

What happens and what to do about COPD

COPD is a major cause of disability, and it’s the third leading cause of death in the United States.

COPD develops slowly. Symptoms often worsen over time Severe COPD may prevent you from doing even basic activities like walking, cooking, or taking care of yourself.

This is a condition that isn’t passed between people. You can’t catch it from someone else.

COPD has no cure yet, as the medical doctors don’t know how to reverse the damage to the airways and lungs. Medical treatments and lifestyle changes can help you feel better, stay more active, and slow the progress of the disease.

Depending on the medicine, control drugs help you breathe easier by:

Most COPD drugs need to be taken for a month before you will feel better.

Whenever you take drugs, you should check to see what the side effects are and what supplements you can take to give your body what it needs*

For instance, corticosteroids deplete the body of calcium, folate (B9), magnesium, potassium, selenium, Vitamin C, Vitamin D and zinc. There are many conditions created by deficiencies of these vitamins.

You need a diet rich in protein. Protein builds organ tissue. You can also take the following:

Beta-carotene: protects your lungs from air pollution and smoke, helps the small air sacs in your lung to be cleaner and healthier.

Vitamin A: turns into carotenes which your body needs for lung function.

We always recommend you build health.

*As with all drugs, they can create other nutritional deficiencies. See Drug Muggers Which Medications are Robbing Your Body of Essential Nutrients and How to Restore Them by Suzy Cohen, RPh (Kindle) or Paperback

Be sure to get whole food vitamins when looking for nutrition to help build health. What is Whole Food Vitamins?

Fungal Link – There is Mayo Clinic research showing the fungus as a cause of chronic sinusitis. Since the sinuses are connected to the lungs, could not the fungus also be in the lungs?

COPD & Asthma – Addressing the Underlying Cause