Energy Drinks? Are they good for you? 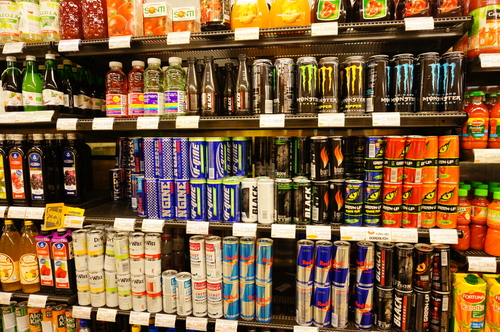 Energy drinks claim to provide people with increased energy levels that will keep them active & alert. People who use them say it is very effective. But are they good for you or even safe to drink? What do you need to know about and Energy Drink before you use it.

Do you know what’s in Energy Drinks?

Energy drinks can be a deceptive combination of soft drink and nutritional supplements.

Energy drinks will give you a boost of energy, but it usually won’t last. Energy drinks containing these high amounts of sugar and caffeine are in amounts that can be dangerous, but, a common complaint of energy drink users is the same as any other sugar or caffeine-based product: the “crash” they experience after the energy “buzz” wears off.

You can’t substitute energy drinks for water in the system while doing exercise because of the caffeine can leave a dehydrating effect on the body.

While many of the ingredients are common among the different drinks, each energy drink has its own little twist to it. And reading the labels of these drinks isn’t going to help the average consumer much if they don’t know what to look for.

Caffeine acts as both a stimulant and a diuretic.

When consumed in large or regular quantities, caffeine can also make you jittery or irritable. As a diuretic, caffeine causes your kidneys to remove extra fluid from your body. If you consume energy drinks while sweating, these effects can be particularly dangerous because you can become severely dehydrated quickly.

Many younger people have started mixing energy drinks with alcohol because it makes them feel alert and energetic, even when they are drunk. And because alcohol and caffeine dehydrate our bodies, especially after a night of dancing. There have been many instances, where energy drinks mixed with alcohol have caused severe dehydration.

Energy drinks used during exercise or other strenuous activity compounds the problem of dehydration and does nothing to provide the body with any necessary nutrients or fluids.

Are you dependent on using Caffeine for Energy?

The main concern with the use of the herbs in these drinks is their source. The mass manufacturers of energy drinks are not required by law to list whether or not the herbs they use, have been sprayed with toxic pesticides, irradiated or watered with contaminated water supplies, so there is no telling what other toxins are contained in these drinks and whether or not these herbs will have a negative effect on the body.

These drinks must be taken properly because the ingredients used in it are powerful enough to affect your body.

With any herb, if you are taking medication, you should check with your pharmacist to see if the herb effects the medication negatively (pharmacists have database programs to check. this).

Ginseng – A root that is believed to help reduce stress and increase energy levels.

The dosage often used in research studies is 200 mg a day of a standardized ginseng extract. Some traditional herbalists recommend using ginseng for no more than three weeks at a time, followed by a one to two week rest period.

Pregnant or nursing women or children should avoid ginseng. People with hormone-dependent illnesses such as endometriosis, uterine fibroids, or cancers of the breast, ovaries, uterus, or prostate should avoid Panax ginseng because it may have estrogenic effects.

Panax ginseng may decrease the rate and force of heartbeats, so it shouldn’t be used by people with heart disease unless under the supervision of healthcare providers.

Ginseng may lower blood sugar levels, so it shouldn’t be taken by people with diabetes unless under a doctor’s supervision. Ginseng may worsen insomnia.

As with any herb, if you are taking medication, you should check with your pharmacist to see if the herb affects the medication negatively (pharmacists have database programs to check.

Gingko Biloba – Created from the seeds of the gingko biloba tree, it has been shown to enhance memory.

Constituents in ginkgo leaves may affect blood clotting, so ginkgo leaf extracts shouldn’t be used by people with bleeding disorders. People with epilepsy (or anyone with a history of seizures) should avoid ginkgo, because it may increase the frequency of seizures.

Ginkgo leaf products may affect blood sugar levels, so people with diabetes should only be used under the supervision of a health care provider.

The safety of ginkgo in pregnant or nursing women and children isn’t known.

Inositol – A member of the B-complex Vitamin that assists in the relaying of messages between cells. Inositol is not a vitamin itself.

Guarana Seed Extract – A stimulant that grows in Brazil & Venezuela which contains high levels of caffeine, but which, however, has good effects on the body.

Guarana – which is a very popular ingredient in many energy drinks, is a central nervous system stimulant. What you need to know is that consuming these drinks and then mixing them with drinks containing ephedrine or diet pills can be very dangerous.

Taurine is a free form amino acid contained in foods and manufactured in the body from the amino acid cysteine. It was first discovered in the bile of bulls, and now produced synthetically by the truckload. Studies have implicated synthetic taurine in illnesses ranging from high blood pressure to strokes and seizures to heart disease. Any ingredient in an energy drink needs to be natural.

Carnitine – An amino acid that helps to metabolize fatty acids. Again, you need to know that it is natural.

Some energy drinks use artificial sweeteners and call themselves “low carb”. The sweeteners used are Splenda and Ace-K or acesulfate potassium.

Splenda – A study published in the Journal of Toxicology and Environmental Health, found even further disturbing news besides weight gain. Splenda:

They also found unmistakable evidence that Splenda is absorbed by fat, contrary to previous claims.

It’s truly disturbing that Splenda can destroy up to 50 percent of your healthy intestinal bacteria, as these bacteria help maintain your body’s overall balance of friendly versus unfriendly micro-organisms, and support your general health. Many people are already deficient in healthy bacteria due to choosing highly processed foods.

Ace-K: acetoacetamide, a breakdown product, has been shown to affect the thyroid in rats, rabbits, and dogs. Administration of 1% and 5% acetoacetamide in the diet for three months caused benign thyroid tumors in rats. The rapid appearance of tumors raises serious questions about the chemical’s carcinogenic potency.”

Both don’t seem like something you’d want to ingest.

RHP® Real Energy – this is a safe energy drink. It is all natural and has ingredients that provide all the positive energy and mental stimulating benefits of caffeine without negative side effects. It uses Guarana seed extract that is well known for its safe energy producing capabilities.

In addition, it has two ingredients that support the body’s natural energy production at the cellular level.

Acetyl-L-Carnitine
This is an amino acid (a building block for proteins) that is naturally produced in the body. It helps the body produce energy at the cellular level. One of the main roles of acetyl L-carnitine is to carry fatty acids from the cytosol (the main body of the cell) into the mitochondria (the energy-producing furnaces within cells) so that these fats can be burned for energy.

D-Ribose
The active ingredient d-ribose supports your body’s core energy and helps keep it charged. Though your body produces ribose naturally, it does so slowly. Evidence indicates supplementing with ribose helps to restore and maintain your body’s energy reserves.

We have heard some great successes with this product – good energy, no crash, and all-natural ingredients.

These are what others have found to be true. You can try yourself to find out if this is true or not for you? – there is a 90-day money-back guarantee