Gluten Free Foods – Are they Healthy? 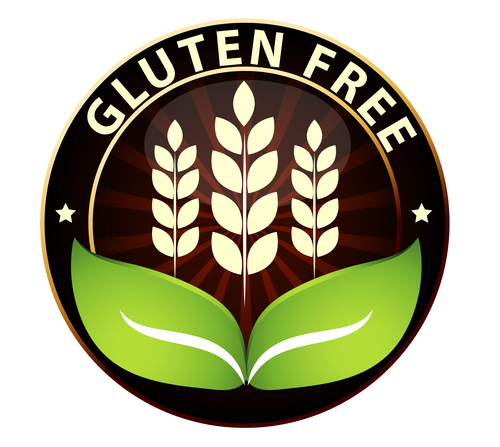 I was walking through the Whole Foods Market, and noticed a young mother with a grocery cart full of food placing a box of “gluten-free” cereal into her cart. I hesitated for a moment, cereals that are gluten free seemed like a contradiction in terms, but then I’ve noticed that you can buy all sorts of grain products – cookies, muffins, bread, pizza – all “gluten-free” so why not cereal.

I understand that gluten is a real problem to people who have “celiac disease”, no one wants to walk around in pain, but why all these gluten-free processed foods? Gluten-free to me is shopping in the produce department – vegetables & fruit, not to mention fish, poultry and meat.

I don’t eat wheat and most gluten foods as they just aren’t healthy. Grains are empty carbs. The idea that eating grains is good for you is a good marketing ploy, with very little basis in fact.

My thought: why are people so addicted to wheat products that we are looking for substitutes for those products? For those who have celiac disease, it is probably good to have some fun food while they consult with a nutritionist for help with their problem. However, why are we trying to recreate a diet that creates so many problems.

My next question was, is gluten-free safe to consume, healthier, or do they have the same problems as the standard bread, cookies and cakes minus the gluten?

I decided to find out.

Gluten is a protein found in the grains wheat, barley, and rye. Most of us unknowingly love it because gluten gives our favorite foods something special. It makes pizza dough stretchy, gives bread its spongy texture, and is used to thicken sauces and soups.

Checking out the labels

I realized I had some gluten-free food in my house, it was a pancake/baking mix made by a known healthy food company (non-GMO). I bought this for a specific meal I had planned and I don’t eat wheat. It does say gluten-free on it although it wasn’t the reason I bought it.

I checked the label. There were not a lot of extra preservative ingredients in it, as would be expected of this manufacturer, but it was full of starch – rice flour, tapioca starch, potato starch – lots of carbs (27g a ½ cup). So it would not be anything someone on a low carb diet or with any blood sugar problem would want to eat. Additionally, if you did have sensitivity to carbs, you would probably gain weight.

It seems to me that the large majority of the gluten-free food is really just an extension of the “fill in the blank”-free health food craze. There was no sugar, low sodium, no fats, no carbs and now “gluten-free” as the “healthy choice”. Starts me wondering what has happened to real foods, does it all have to be processed to be good?

If you check the labels of the gluten free processed foods, they are just that “processed foods”. They are, however, twice as fattening (large amount of carbs) and three times as expensive.

Processed foods leave a lot of nutrition out of the food and you are getting lots of empty calories and empty carbs. Food should be giving the body what it needs to produce energy and repair itself, not just fill you up. And the lack of nutrition in the food we eat leads to nutritional deficiencies which lead to all sorts of physical problems.

Maybe if we ate less “healthy choices” and ate more real food, a lot of the disease would fade away.

Minimally, you are trading one carb for another. I found one company advertising “Cravings Fulfilled – gluten-free foods for Everyone” It was advertising cookies. Now do we really need cookies in our diet? And why are people craving them? This is the problem that needs to be addressed. If we are craving something, then it is something we shouldn’t be eating because something is unbalanced.

We all deserve treats once in a while and it’s not like you should never eat processed food again or even cookies. However, the various processed food brands are capitalizing on this market by reformulating or relabeling in some cases their existing brands.

I checked on some cereals in the Whole Foods isle. Most were advertising that they were organic on the box. The ones with Gluten-free on the box, had lots of empty carbs, one had sugar and another substituted wheat with sorghum flour which I found is often used in gluten-free processed foods.

Sorghum is used primarily for animal feed in the United States, although cultivation of this grain is on the rise due to being used in gluten-free food products. It is a substitute for wheat. Like corn, sorghum is an incomplete source of protein. Food scientists have found that the protein in sorghum can be difficult to digest compared to other grains and when consuming too much can lead to heartburn, bleaching, indigestion and stomach aches. Surprisingly, cooking can make the proteins in sorghum even less digestible.

Then there was “Take Simply Nutritious Gluten-Free” …. A brand name cereal made by a popular manufacturer. – yes, no gluten, but it also has sugar, fructose, canola oil, salt, molasses, and BHT to preserve “freshness” and 25 g of carbohydrates per ¼ cup.

Or Gluten Free Pasta – no wheat, they use rice brown flour, but also has potato starch, tapioca starch, salt and glucono-delta-lactone – which is fermented glucose made from corn or rice.

You need to know if you want to indulge in “gluten-free” substitutes for other processed foods is that it is high in carbs, It also may have a higher fat content. You have to check the label to find out what is in it. As with lots of product claiming to be healthy, it is not always the case.

I think you will find if you give your body a rest from all these high carb processed foods, you will feel a difference. Processed foods lack nutrition. You are eating lots of calories that aren’t giving your body what it needs.

For information about carbs and grains