How Do Drugs Cause Side Effects 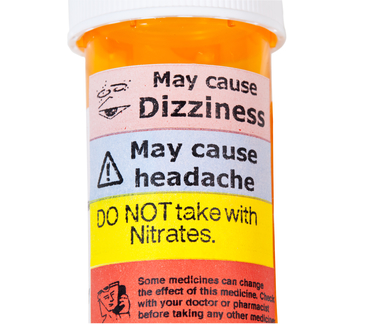 There is so much to be said about each drug and its side effects. Anyone who has watched a drug commercial on TV has heard the long list of possible side effects that goes along with taking the drug.

I’m actually surprised that anyone would want to take these medications when they hear about the side effects. Is it really just the idea that it “won’t happen to me” or some blind faith that if their doctor prescribed it for them, the doctor will know whether it is safe for them to take?

What is the real cause of all this? Yes, it is a drug and drugs are toxic and always will be, in fact, quite often the whole idea is that the body will work to metabolize these toxins to eliminate them; the effect of which will be the attainment of the desired result.

For instance, maybe in order to metabolize the chemical drug, the body has to lower its blood pressure. Well, if you were trying to lower the blood pressure, you got the desired result. This would be a sort of side effect of taking the drug. But what about the other side effects. That sometimes leads to taking two or three drugs to counter-balance the bad effects of the first drug.

One of the big problems with these drugs is the deficiencies created of vital nutrients. If the body needs a large supply of a nutrient to metabolize the drug, you get a deficiency.

There are two books, one written by a pharmacist and one by a medical doctor that goes over the various deficiencies that the drugs create and tells you what you need to supplement if you take the medication.

If at all possible, we suggest you don’t take drugs, but if you must, at least supplement so that you will not deplete your body of needed nutrients.

The books Drug Muggers : How To Keep Your Medicine From Stealing the Life Out of You by Suzy Cohen, RPh (Registered Pharmacist)