How Our Medical System Changed 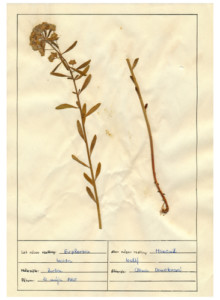 The Flexner report is regarded as the “defining document” for modern medicine because it standardized medical education.

The Flexner study established science as the basis for all medicine and clinical education.

The full name of this report is ‘Medical Education in the United States and Canada.’ The 1910 report is named for its author, professional educator Abraham Flexnor, who researched and wrote this report for the Carnegie Foundation.

This all changed due to the Flexner Report The report was an attempt to align medical education under a set of norms that emphasized laboratory research and the patenting of medicine.

The report was funded by John Rockefeller and Andrew Carnegie, among others.

Rockefeller and Carnegie offered grants to the best medical schools in America, but only if an allopathic-based curriculum was taught

Allopathic-based is a system of medicine that aims to combat disease by using remedies such as drugs and surgery It produces effects that are different from or incompatible with those of the disease being treated. It is also called structural medicine.

Thus, Rockefeller and Carnegie changed the courses of these schools by removing any mention of the natural healing power of herbs and plants, or of the importance of diet to health.

Rockefeller influenced Congress into declaring the AMA (American Medical Association) the only body with the right to grant medical school licenses in the United States. Thus the AMA got the Government to destroy the natural competition, . It did it through regulating medical schools.

After the Flexner Report, the AMA only endorsed schools with a drug-based curriculum. After this the non-allopathic schools failed due to lack of funding and fear mongering/smear campaigns against natural remedies.

The result is a medical system that teaches students but these students are deficient in nutritional, herbal, and homeopathic knowledge and who disregard the idea that what you eat can actually heal or hurt you.

Physicians do encourage patients to make healthy food choices. But only 27% of U.S. medical schools actually offer students the recommended 25 hours of nutritional training, according to a perspective piece in the July 2015 issue of Academic Medicine.

The word “nutrition” is not included in board examination requirements for internal medicine certification, and cardiology fellows do not need to complete a single requirement in nutrition counseling.

Any question about these facts? you can search and find lots of information about this if you want to know more. The Flexner Report – 100 Years Later