Irradiated Foods, What does it Mean? 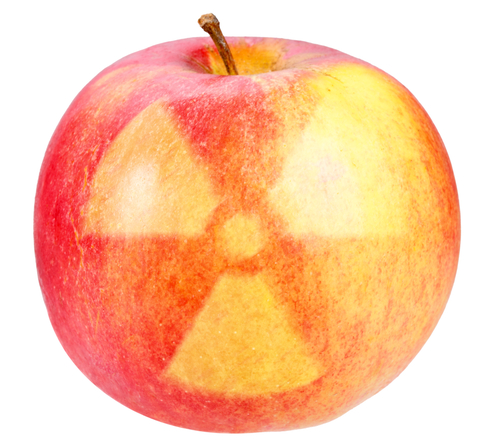 Irradiation is the process of treating food and other consumer products with gamma rays, x-rays, or high voltage electrons to kill potential harmful bacteria and parasites, delay sprouting, and increases shelf life. Irradiation is also referred to as “ionizing radiation” because it produces energy waves strong enough to dislodge electrons from atoms and molecules, thereby converting them to electrically charged particles called ions. Ionizing radiation reduces the number of disease causing organisms in foods by disrupting their molecular structure and killing them. Other terms commonly used to identify ionizing irradiation are “cold pasteurization” and “irradiation pasteurization”.

Which foods are approved for irradiation?

Since 1963, the US Food and Drug Administration (FDA) and the United States Department of Agriculture (USDA) have allowed the use of irradiation on a small number of foods available commercially to the public.

Do we need Irradiation?

Recent reports of food borne illness from pathogens such as E.coli and salmonella have highlighted the real need for heightened prevention and control of contaminated food. Public health experts note that the trend towards eating more fresh uncooked produce, combined with the increase in imported foods, and less awareness about safe food handling practices, have all contributed to the increased risk of food borne disease in the US. As a result, many public health and government officials have begun a campaign to promote the increased use of irradiation on our food.

Not all food authorities support irradiation. However, The Executive Director of the Center for Science in Public Interest, Michael Jacobson, criticized irradiation as a “high-tech” end-of-the-line solution to contamination problems that can and should be addressed earlier. And even the strongest proponents acknowledge that irradiation is “… no match for bad sanitation and substandard practices”. Irradiation can only help control the contamination once it occurs; it cannot prevent it.

Irradiation has been shown to kill and inactivate a number of food borne pathogens such as E. Coli 0157:H7, Bacillus cereus, lostridium botulinum, Listeria monocytogenes, salmonella, staphylococcus aureus, Campylobacter jujuni, Cyclospora, and Toxoplasma gondii. However, concerns about the safety, nutritional integrity, and cost of irradiated foods still exist and the environmental impact of irradiation technology and its long term effectiveness in dealing with the immense problem of contaminated food remain controversial. A list of known pros and cons of food irradiation follows:

Irradiation at recommended doses will not eradicate all pathogens. The remaining organisms are by definition “radiation resistant” and may create super strains of hard-to-kill pathogens.
Irradiation at current allowable levels is ineffective against viruses such as the Norwalk virus found in seafood.
Irradiation can only be used on a limited number of foods. Fresh produce such as lettuce, grapes, tomatoes, and cucumbers turn mushy and unpalatable. Thus, the risk from contaminated fresh produce, a major carrier of food borne disease, cannot be fully addressed by irradiation.

Irradiation has been deemed safe by various governmental agencies.
Proponents of irradiation compare the changes in food caused by irradiation (called radiolytic products) to products created by other processes such as cooking or freeze-drying.
Irradiation delays ripening and sprouting so food can be stored longer.

Studies used to approve irradiation in food have been criticized as flawed. Even the FDA acknowledges that the studies are inadequate when reviewed singly.
Critics contend that not enough is known about the potential health effects of radiolytic products, particularly about radiolytic products formed from pesticide residues on foods.
Longer shelf lives may provide the most benefit to food producers; consumers prefer authentically fresh foods.

Proponents claim there is no potential for environmental impact because the radioactive materials are fully enclosed and are returned to the manufacturer for recycling or disposal.
Proponents cite a good safety and regulatory record for existing irradiation facilities.

Consumers remain wary of the potential for devastating accidents presented by nuclear facilities
If irradiation is adopted to the extent desired by its proponents, hundreds more irradiation facilities (currently there are only several used for commercial foods) would need to be built, increasing the risk of accidents.

Unlike losses due to conventional processes like cooking, consumers have not been educated to compensate for irradiation-induced losses elsewhere in their diets.

How can you tell if food has been irradiated?

Consumers will have to carefully scrutinize food labels if they wish to avoid irradiated products. Until recently, the FDA required labels on products containing irradiated ingredients representing more than 90% of the total product. These labels were to prominently display the radiation symbol (called the “radura”) accompanied by the words “treated by irradiation,” or “treated with radiation”.

Now, the US Food and Drug Administration Modernization Act of 1997 (FDAMA) has drastically impaired consumer’s ability to identify irradiation foods on store shelves. The FDAMA Sec 306, effectively caused FDA to amend its labeling requirements so that the required irradiation disclosure statement on food packaging no longer need be any more prominent than the declaration of ingredients.

FDAMA also required FDA to seek public feedback about irradiation labeling regulations (the comment period ended July 18, 1999 and FDA is now reviewing the comments that were received). Consumers were asked whether the wording of the current radiation disclosure statement should be revised and whether such labeling requirements should expire at a specified date in the future. Proponents of irradiation took this opportunity to advocate that labeling be weakened or removed altogether.

Right now there are many unanswered questions about the long term safety of irradiation. Furthermore, irradiation can only be used on a limited number of foods and does not address the larger problem of preventing contamination.

More comprehensive strategies such as Hazard Analysis Critical Control Point (HACCP) programs can provide long-term prevention and control of food borne illnesses. Other food sanitation technologies such as high pressure, pulsed light, and ozone treatment are currently under development and may provide benefits similar to irradiation without the drawbacks.

We would suggest that you avoid using irradiated products whenever possible.

Support prominent labeling of irradiated foods – Let your congressman know that consumers have a right to know which foods have been irradiated.

Stores that do not carry Irradiated food:

When you can’t eat right, we discovered a really good source of whole food supplements. For more information go here.