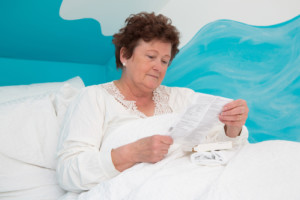 Iatrogenic means adverse effects or complications caused by or resulting from medical treatment or advice.

iatrogenic /iat·ro·gen·ic/ (i-ă´tro-jen´ik) literally, brought forth by a healer, (iatro = medicine or physician; genic= caused) resulting from the activity of physicians; said of any adverse condition in a patient resulting from treatment by a physician or surgeon. It is disease that the patient did not have but acquired from his doctor.

Examples of this are:

Between 98,000 and 800,000 deaths occur each year as a result of doctor-caused diseases. This is from the medical doctors own declarations.

This is without considering deaths from unnecessary procedures, surgeries, suicides from S.S.R.I depression drugs, vaccinations etcetera.

Here are articles that show how this works.