Psoriasis – What to do for Clear Skin Naturally 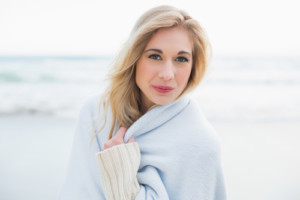 Psoriasis appears as patches of silvery scales or red areas on the legs, knees, arms, elbows, scalp, ears, and back. This condition is linked to a rapid growth of cells in the skin’s outer layer. These growths on the epidermis never mature.

The underlying cause of the condition is not known, but it may result form a faulty utilization of fat; psoriasis is rare in countries where the diet is low in fat. Current research also points to an immune system role. The buildup of toxins in an unhealthy colon also has been linked to the development of psoriasis.

There is new evidence that psoriasis can be due to a fungus problem. It is known that ring worm is fungal. The Mayo clinic found that chronic sinusitis is fungal Mayo Clinic – Chronic Sinusitis

Fiber is critical for maintaining a healthy colon. Many fiber components, such as apple pectin and psyllium husks, are able to bind with toxins in the colon and promote their excretion.

A “medicine” for psoriasis

Several promising studies have been conducted using bile salts as a medicine for treating psoriasis. One theory is that many psoriasis patients have low bile production, which reduces the guts protective mechanisms. Toxins enter the blood through the gut, which triggers an immune response, inflammation and abnormal cell growth in the skin.

In a study in Hungary, 800 patients received bile salts for a period of 1 to 8 weeks. Almost 79% of that test group experienced complete remission of psoriasis, while only 25% of the control group had a similar improvement. The bile therapy led to long-term improvement: a follow-up two years after the initial study found that nearly 80% of the patients that received bile salts were in remission, while only 7% of the control group could say the same. [Pathophysiology. 2003 Dec; 10(1): pp.57-61

Flaxseed oil giving essential fatty acids (Omega 3) very often missing in the western diet, is important for all skin disorders and it aids in preventing dryness. It also contains ingredients that interfere with the production of arachidonic acid (AA), a natural substance that promotes the inflammatory response and makes the lesions of psoriasis turn red and swell. Red meat and dairy products contain AA.

Sunshine and Spice Is Everything Nice for Treating Psoriasis
by Dr. Mercola

Medications commonly prescribed by physicians do not cure the condition and often have significant side effects that are damaging to your health.

There are five different types of psoriasis, the most common of which responds well to sunshine, vitamin D, adequate animal-based omega-3 fats and other common kitchen ingredients that may reduce symptoms

Here is a educational video by Dr. Berg on the cause and natural help Psoriasis Tips

STILL HAVE QUESTIONS? EMAIL AND GET YOUR QUESTIONS ANSWERED