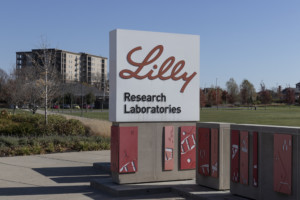 The drug Cymbalta is manufactured by the pharmaceutical company Eli Lilly. Here is what author and investigative writer Martha Rosenberg found out about this drug:

“The first antidepressant to be introduced since FDA investigations into suicide/antidepressant links, Cymbalta itself was marred with suicides before it was approved. Five (deaths) occurred during Cymbalta clinical trials.

“Last May, the FDA ordered Lilly to add a black box to Cymbalta warning about suicides and antidepressants in young adults.”

Here is a quote from Lilly’s Cymbalta web site:

“Patients on antidepressants and their families or caregivers should watch for worsening depression symptoms, unusual changes in behavior, thoughts of suicide, anxiety, agitation, panic attacks, difficulty sleeping, irritability, hostility, aggressiveness, impulsivity, restlessness, or extreme hyperactivity. Call your healthcare provider right away if you have thoughts of suicide or if any of these symptoms are severe or occur suddenly. Be especially observant within the first few months of antidepressant treatment or whenever there is a change in dose.”

And here is a quote from the FDA’s web site and what it has to say about Cymbalta:

“Suicidal thoughts or actions: Persons taking Cymbalta may be more likely to think about killing themselves or actually try to do so, especially when Cymbalta is first started or the dose is changed. People close to persons taking Cymbalta can help by paying attention to changes in user’s moods or actions. Contact your healthcare professional right away if someone using Cymbalta talks about or shows signs of killing him or herself. If you are taking Cymbalta yourself and you start thinking about killing yourself, tell your healthcare professional about this side effect right away.”

The investigative writer then went on to state:

“And in October Lilly was told [by the FDA] to “immediately cease” its Cymbalta campaign for diabetic nerve pain –an approved use– which promises “significantly less pain interference with overall functioning.” In a letter, the FDA says the claim “has not been demonstrated by substantial evidence or … clinical experience” nor do the Cymbalta marketing pieces give precautions about liver toxicity or reveal risks for patients with certain conditions.”

(If you know of friends or relatives taking Cymbalta, feel free to forward this article to them. You just might save a life!)

There is a natural and safe treatments for Neuropathy. Go to Neuropathy and find out about them.