Skip to content
The AMA and the Pharmaceutical Companies – Stopping Disease but Not Building HealthMcVitamins2021-11-19T18:41:48+00:00 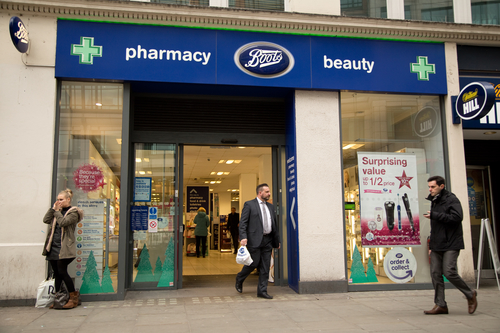 When did the AMA and the pharmaceutical companies take over medicine?

The American Medical Association AMA was formed in 1847; it wanted to instill respect for the emerging profession of what they considered real doctors. They wanted to distinguish themselves within the medical community from other practitioners such as patent medicine-men, midwives, folk healers and others they considered “quacks”.

Now the medical doctor at the time listened to a series of lectures, which he purchased admission to, for a year. He then repeated the lectures for another year. The student then went to work with an established medical doctor who had some experience. They felt this was superior to other training.

Also at this time, a movement began within the AMA medical community to discredit those other practitioners and the medical procedures associated with them.

The AMA was and still is an association of M.D.s D.O.s and medical students that fights for the rights of the medical doctors and basically works to silence and eliminate the competition. The AMA has the largest lobby in DC.

The pharmaceutical companies started about the same time as the AMA. In the 1800s, the local apothecary stores expanded from their traditional role distributing botanical (derived from plants) remedies and drugs such as morphine and quinine to wholesale manufacture in the mid-1800s. Many of the large drug companies that are known today began as local apothecary shops.

Then these companies moved from biologicals to synthetic drugs.

By the late 1880s, German dye manufacturers had perfected the purification of individual organic compounds from coal tar and other mineral sources and had also established rudimentary methods in organic chemical synthesis.

The development of synthetic chemical methods allowed pharmaceutical scientists to systematically vary the structure of chemical substances, expanded their ability to evaluate the biological effects of these structural changes. In addition, it allowed them to patent their drugs.

The difference between Medicine and Building Health

What is quack and what isn’t is usually opinion. “Evidence based” medicine depends on which clinical trial is looked at. There have even been scandals on ill performed studies.

Medicine doesn’t work to build health; it works to stop the disease process once it threatens the person’s life. Using drugs and changing structure through surgery to try and stop the “disease process” is a last ditch effort.

To paraphrase Dr. Joel Fuhrman, M.D., if you find that people are falling off the cliff; you don’t park an ambulance at the foot of the cliff, you build a fence at the top of the cliff. Building health is the fence.