The Dangers of Microwaving Your Food 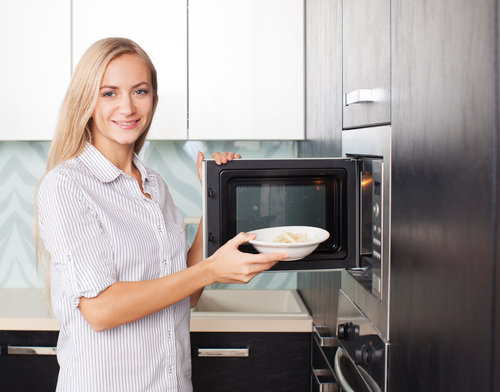 The Microwave oven is a standard feature in just about every household today. It is as common as the TV, and there are dozens of microwave cookbooks available in any bookshop.

Unfortunately, the more this kitchen tool is looked into, the more it becomes clear they are unsafe and a threat to your health and the health of your family, as can be seen from the following:

“Heating food in a microwave oven is very convenient but recent studies have shown that it may not only impact the nutrition of the food, it also may be dangerous to those who eat the food.”

“According to an announcement about infant bottles from the University of Minnesota in 1989 “Heating the bottle in a microwave can cause slight changes in the milk. In infant formulas, there may be a loss of some vitamins.”

“According to research, cooking food in a microwave may alter the physical makeup of the food. It is known that the irradiation process breaks up the molecular structure of food and creates a whole new set of chemicals. These chemicals include benzene [Definition: chemical used in making insecticides and motor fuels], formaldehyde [Definition: fluid used for preserving dead bodies] and a host of known mutagens [Definition: substances that increases the rate of cell mutation] and carcinogens [Definition: cancer causing substances].”

“A study performed by Dr. Hans Hertel of Switzerland found that food prepared in microwave ovens not only altered the food, it also altered the blood chemistry of those eating it.”

“Microwaving food in plastic containers runs the additional risk of the food absorbing dangerous chemicals released when the plastic is bombarded and heated by radiation.”

This is worth thinking about! Besides most microwavable foods are processed and have a host of chemicals and substances other than food.

Are Microwaves Safe? It includes how to survive without a microwave oven.