The Diet of the Plague What Went Wrong? 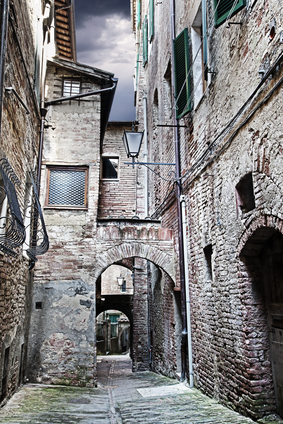 I didn’t know much about the Plague that attacked Europe circa 1347 to 1351. This was also called the Black Death or Bubonic Plague. I heard of it and the large amount of people that died, but didn’t know what it was about. So, when I saw a documentary on TV, I watched it.

At the end of the show, they talked about how it was the microbes that caused this, and that man’s deadliest enemy was the tiny microbe. That was scary, but is it true? (microbe: a very small living thing, especially one that causes disease, that can only be seen with a microscope)

Now, an interesting part of the show talked about how after 1/2 of the population was killed by the plague, that there was now more food to go around to those who survived and they even had luxury foods like fruit, vegetables and meat. What? Luxury foods?

Yes, it seems that before the bubonic plague, the diet of most of the populace was grains. If you follow it back that was because there had been a famine earlier. It was the Great Famine of 1315-1317, and started a series of famines till 1325.

There was not enough food and this created the grain diet. The European medieval diet for most of the population was largely made of grains – wheat, rye, oats and barley. It might have been the world’s first whole grain or multi grain diet. The grains were boiled whole in a soup or stew, ground into flour and made into bread, or malted and brewed into ale. Although I know that some people claim that grains are good for you (mostly the people who grow and process grains) but that sort of diet is not healthy. How much vitamin C and other needed nutrients is there in these grains?

What does this type of diet do to the immune system and the body’s general health?

If you read the biological effects that the plague had sometimes it attacked the lymph glands, and sometimes the respiratory system.

What was the cause of this epidemic? Was it the microbes or the populaces starved and weakened bodies that easily succumbed to the microbes? The body’s immune system first becomes compromised.*

It is interesting that recent plagues such as Ebola are also connected to starving populations. A shortage of food is a problem that had been prevalent in the countries hardest hit by Ebola

No, man’s deadliest enemy isn’t the microbe, but his bad diet. And in our current environment, it is the fact that he allows himself to eat foods lacking in nutritional value and that can lower his immunity and makes him become effect of many things including microbes. 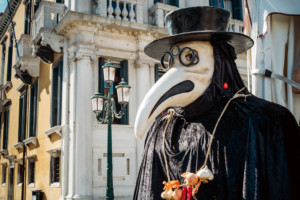 This deficiency is applicable to any pandemic.

How did thieves during the plague protect themselves? Read about Essential Oil Combination

For information on health challenges and what can be done, see the Index. You can also email us and get help.