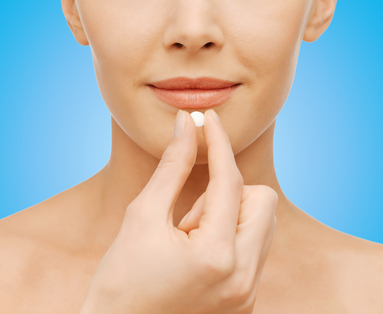 In ancient times, when people were afflicted with various types of ailments and diseases, they commonly blamed evil spirits. The belief was that an evil spirit had invaded the person’s body and that caused the disease. You had to placate the evil spirits to get them to leave and then the disease would be cured.

Many people maintain the similar belief today, except that the evil spirits have been identified – the disease causing “evil spirits” are in the form of micro-organisms (i.e. viruses, bacteria, or other microbes). The current accepted belief is that viruses and bacteria are the basis or primary cause of disease. This is labeled the “germ theory”.

This germ theory is now the basis of most forms of modern medicine and dentistry. The belief is that pathogenic germs exist outside the body and that they can invade the body and cause disease.

Bacteria and viruses do exist, but evidence shows that bacteria grow due to a diseased state of the body, a body with deficiencies, a body that has been injured in some way. The body’s environment is such that bacteria can grow and thus, you find the bacteria creating infection, viruses causing illness. (For more information see Antoine Be Champ’s books. He is a contemporary of Louis Pasteur).

An example, the “germ theory” would have you believe that bacteria creates tooth decay, however, it is not really the full story. If it was bacteria that caused tooth decay, we could just make sure to thoroughly brush, floss, clean and use anti-bacteria drugs so that no bacteria entered the gums, and there would be no tooth decay. However, there is tooth decay and the dentist will tell you that it’s due to bad hygiene no matter how hard you try and visit every 6 months for a cleaning. (I realized that it was not natural that to keep healthy you had to have someone scrap your teeth every six months.)

The truth is bacteria comes into the tooth at a later time, only when the tooth is demineralized. Demineralization comes from dietary deficiencies. Only after the tooth, the environment, is damaged due to this, the bacteria can enter the tooth and gums and create a problem. Healthy teeth would not decay.

Functional medicine can help the body regain health so that bacteria and viruses don’t have an environment to grow in, but what happens when you already have an infection and have to handle it as the first step.

What is the Difference between the Antibiotics?

The first antibiotic to successfully treat people with serious infectious diseases was penicillin. Alexander Fleming, a British scientist, noticed in 1928 that mold (that had accidentally fallen into a petri dish) had prevented the growth of bacteria in his lab. While he was on holidays, a bit of mold had fallen into a discarded culture plate containing bacteria, when he found it, the mold formed a clear patch with no bacteria.

Then years later an Australian scientist, Howard Florey and his team worked to transform penicillin from an interesting observation into a life saver.

In 1922, the antibiotic started to be used. (The discovery of penicillin and insulin started the first pharmaceutical companies).

However, penicillin is a fungus. Fungus can be very debilitating to the body. Not only fungus, but its byproducts micro toxins can be a problem.

Antibiotics are chemicals produced by or derived from microorganisms (i.e. bugs or germs such as bacteria and fungi).

The Antibiotics which you get with a prescription are chemical substances that can inhibit the growth of, and even destroy, harmful microorganisms. They are derived from special microorganisms or other living systems, and are produced on an industrial scale using a fermentation process.

You would think that in 86 years, they would find something better than Penicillium fungi or other fungi to treat infections.

How do antibiotics work?

Definition of an Antibiotic: a medicine (such as penicillin or its derivatives) that inhibits the growth of or destroys microorganisms.

Antibiotics are chemicals that kill or inhibit the growth of bacteria and are used to treat bacterial infections. They are produced in nature by soil bacteria and fungi.

Unfortunately, antibiotics kill off friendly bacteria which the body needs for health. Also, many pathogens have grown to be immune to major doses of antibiotics due to the over-use associated with these chemicals. There are even reports all the way back the 1940s that antibiotics affected a woman’s menstrual period as well as the more known allergic reactions.

In this case, by natural we mean not a chemical, and not a fungus, and something that doesn’t kill off the good bacteria that your body needs.

Like the name indicates, all natural antibiotics are manufactured with no synthetic substances. The main ingredients are plant compounds and minerals found in nature.

Several of the best natural antibiotics are plant-based. Some vegetation has antibiotic (anti-bacterial) qualities. There are leafs, fruits and barks of particular plants that have the exact same effect as synthetic antibiotics.

Here are some of them:

Garlic clove: Most of the injuries going through World War I were cured with garlic. This herbal remedy was obviously a very useful organic remedy to avoid the infections.

Diseases such as throat bacterial infection and also minor ear infections were also cured with garlic. What is great about this herbal solution is that it can be found almost everywhere. In fact, there are even some brands found in the health food store that are odorless.

Colloidal Silver: this organic treatment is developed by dispersing small particles of silver in a special type of liquid. It is used primarily in water filtering equipment. It’s prevents the growth of germs.

Colloidal silver is a great organic remedy since it disrupts the enzyme-system of most bacteria. For this reason, this natural antibiotic can be helpful in eliminating almost any kind of bacterial infection. It can even be used for yeast infections.

Echinacea: Echinacea has been used for hundreds of years to strengthen the immune system and fight a variety of infections. Echinacea can be used to treat open wounds, diphtheria, cellulitis, blood poisoning, syphilitic lesions and other bacterial-related diseases.

It is used today for fighting colds and flu, however, this potent herb possesses the ability to destroy the most virulent bacteria such as Staphylococcus aureus.

Pau d’Arco: Pau d’Arco is an herb native to South America whose active ingredient lapachol, has been found to relieve a wide range of infections include those initiated by bacteria, viruses and fungus. Pau d’arco was used by the Indians of South America to strengthen the immune system and fight life-threatening diseases. It’s best consumed as a tea.

Honey: Honey has been used medicinally for thousands of years, but in recent years, science has validated its use as a powerful antimicrobial agent. Honey, particularly Manuka honey, is beneficial for fighting infections, both internally and topically. It is effective against a number of powerful (often antibiotic-resistant) bacteria, such as MRSA and Helicobacter Pylori.

Manuka Honey: It comes from Australia and New Zealand. Researchers have discovered that Manuka honey applied topically can kill a wide range of pathogens, including MRSA and flesh-eating bacteria. The treated bacteria doesn’t build up any resistance, thus it doesn’t render the honey ineffective.

Coconut Oil: it has lauric acid which has the ability to kill harmful bacteria.

Olive Leaf Extract: Works against a wide variety of viruses and bacteria. It can even cut off the amino acid supply to viruses and helps keep them from spreading.

Andrographis: An herb from Indian folk medicine. Helps fight influenza and upper respiratory infections. Provides protection against most pathogens. Kills harmful germs. It can help with symptoms and leaves the good bacteria unharmed. :

Vitamin C: Numerous bacterial infections have being handled by the use of vitamin C. This all natural antibiotic should be employed in high amounts to be effective.

Illnesses that can be addressed are whooping cough, diphtheria, polio and tetanus. It can be used in the treatment of bacterial infections caused by AIDS. Vitamin C has a crucial role in the formation of white blood cells; for that reason, the immune system is able to fight bacteria easier.

Again, these and other natural antibiotics are produced from naturally-occurring ingredients whose usage has been demonstrated to eradicate the harmful germs from the body.

Oregano Oil: This concentrated oil is a powerful anti-fungal, but its use is not relegated just to fighting fungi; oregano oil may assist in sinus infections or other infections. It can be taken under the tongue or applied topically.

Grapefruit Seed Extract: Grapefruit seed extract. or GSE is a powerful, infection fighting agent. It might be best to chase GSE with a good probiotic, as it is so powerful that it can damage beneficial bacterial colonies.

Turmeric: Among its legion of health benefits, turmeric may also be beneficial for infections, particularly in the stomach. It is known to fight ulcer-causing bacteria and provide relief from dyspepsia.

The above works and has been used in the past with good results, however….here is a formula.

Antibiotics are commonly used in the treatment of bacterial infections. But because of abuse and incorrect usage, many bacteria have become resistant to these drugs.

Moreover, many antibiotics also come with side effects that can sometimes damage organs like the liver and kidneys. Therefore, many people today look for natural alternatives to these drugs.

Dr. Berg has developed an incredible natural remedy for colds and sickness.

Your immune system is your greatest weapon against infections. All we want to do is use natural compounds to enhance the immune system’s defenses.

This natural antimicrobial remedy uses powerful chemicals from plants that have antibacterial, antiviral, antifungal, and antiparasitic properties to help support the immune system and fight against pathogens.

How do you make this incredible natural remedy for colds and sickness.

Of course, this antibiotic/antimicrobial home remedy has fewer side effects than a conventional antibiotic. Your immune system is your greatest weapon against infections. All we want to do is use natural compounds to enhance the immune system’s defenses.

Along with this home remedy, it’s crucial to address things that lower your immune system, like stress. Also, keep in mind that vitamin D is essential to boost immunity and increase your immune system’s ability to fight against sickness.

Here’s how to make the best natural antibiotic drink! Ingredients:

Directions: Add the ingredients to a blender and blend for 1 to 2 minutes. Transfer the mixture to a 16 oz mason jar and pour in additional water until the mixture is about a 1/2 inch from the top of the jar. Seal the jar and keep it in the refrigerator. The longer this formula is in the refrigerator, the more potent it will become.

How to take this natural antimicrobial remedy: At the first sign of sickness, take a shot of this drink. You can then take an additional four shots of this remedy throughout the day.

Always be sure to check with your doctor before using any substitute for medication.