What is Tommy John Surgery? Is it necessary? 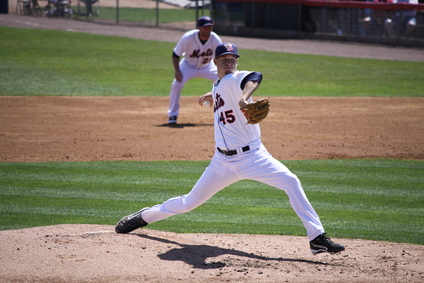 If you are a sports fan, you’ve probably heard of this procedure. The surgery is named after former Los Angeles Dodgers pitcher Tommy John. In 1974, he was the first to undergo this type of surgery.

Tommy John surgery is also called UCL reconstruction. UCL is short for ulnar collateral ligament. Ligament is a short band of tough, flexible, fibrous connective tissue that connects two bones or cartilages or holds together a joint. Often you hear of athletes getting Tommy John Surgery due to torn tendons.

“Tommy John” is a surgical procedure in which a healthy tendon is extracted from an arm (or sometimes a leg) and is used to replace an arm’s torn ligament. Surgeons drill tunnels in the ulna and humerus. The tendon (called a “graft”) is passed through the tunnels. It is then woven into a figure-eight pattern to reconstruct the ligament. To give the graft added strength, the original ligament is also attached

Recently, many people have noticed that there is more and more of these procedures being dong. You hear about the successful one, but the baseball players that don’t come back are somehow forgotten. This procedure is so common now, that there are even some who propose the idea those young players should proactively seek Tommy John surgery to “prevent” a future problem and “enhance” performance.

Following that train of thought, maybe we should all get bypass surgery in case an artery in our heart gets clogged? (Or is there something else that can be done for heart heath so that arteries don’t get clogged with cholesterol?)

But I digress. Back to tendons.

So many players are getting Tommy John surgery that it has now sounded an alarm in baseball that maybe this injury is spiraling out of control. The injury (tearing of the ulnar collateral ligament), the surgery (using a tendon graft to reconstruct the UCL) and the rehabilitation process are now familiar. Yet the problem persists.

Most UCL injuries occur in baseball players. But other sports are sometimes linked to UCL injuries. These sports include javelin throw, tennis, gymnastics, soccer, softball, football, wrestling and yes, even cheerleading.

Complications can occur in anywhere from 5% to 20% of patients, depending on the technique that is used. The most common complication is damage to the ulnar nerve. Other complications can include infection or hematoma (a solid swelling of clotted blood within the tissues)

What else can be done? 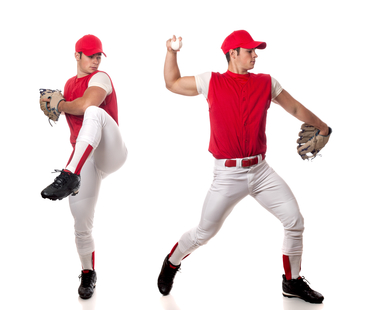 If you read about the pitchers in the past they didn’t need Tommy John. Perhaps, a change in training would help eliminate these injuries. Pitching mechanics need to be looked at so that all the stress is not put on the elbow.

The key treatment of most elbow injuries is prevention.

But, faster and faster speeds are being asked for and problems due to competition for placement on the ball team’s roster. Perhaps, we need to teach the budding athletes better care of the body both nutritionally (no soda during or after the game. etc.) and better body use technology.

Why doesn’t the body repair these tendons?

Mostly this is due to the body not being able to repair the injured cells due to the type of nutrition (or lack of good nutrition) that the person gets, and again perhaps the “steroid” drugs injected into the body when there is any sort of injury or inflammation in the area.

Aren’t you suspicious of what these drugs do to the often injured athlete body? Steroids suppress the immune system.

If you check the Mayo Clinic website some of the problems with using these steroid drugs PEDs are severe acne, increased risk of tendonitis, and tendon rupture, along with a long list of other possible side effects.

But what about the cortisone steroid shot for inflammation after an injury and not the PEDs?

Did you notice the tendon weakening and rupture side effect with both types of steroids? Ligaments & tendons – when one weakens, so does the other.

There are so many different natural remedies for inflammation. Isn’t that something that would be better for the athlete?

Okay, but why doesn’t the body repair these tears in the ligaments.

What can be done?

This procedure should surely be used first to see what it can do before surgery.

Prolotherapy stimulates the growth of cells and tissue that stabilize and strengthen weakened joints, cartilage, ligaments and tendons. It works by injecting an irritant into the area (sugar water) which then activates the body’s immune system.

The injected solution intentionally causes controlled irritation in the injected tissue. This irritation is an inflammatory response, which increases the blood supply, brings nutrients to the area, and thereby stimulates the tissue to heal and regrow new tissue.

The body will muster its resources to combat the irritants and thus bring its own healing powers to the area in need of help.

Takes about 6 weeks’ worth of injections… No drugs to weaken the body, no invasive surgery and no long recovery period.

You can read more this at Prolotherapy

The cost of this therapy is a lot cheaper than the surgery but medical doctors are not trained to do this. I do know a D.O. in California and other doctors well trained in structure that does this. This should be better disseminated and should be an alternative to surgery.

Per research done Research on Prolotherapy