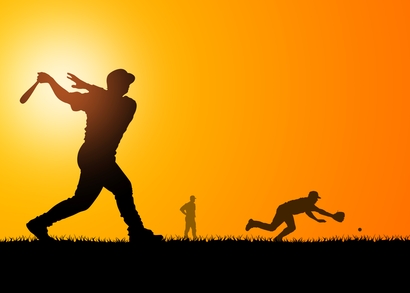 Known in the popular language as Lou Gehrig’s disease (for the baseball player who had the disease), ALS, is a disease of the nerve cells in the brain and spinal cord that control voluntary muscle movement. (The heart and digestive system are involuntary nervous system and thus not involved)

“A” means no. “Myo” refers to muscle, and “Trophic” means negative reaction to a stimulus source.

When a muscle cannot be used, it “atrophies” or wastes away.

This eventually leads to muscle weakening, twitching, and an inability to move the arms, legs, and body. The condition slowly gets worse. When the muscles in the chest area stop working, it becomes hard or impossible to breathe on one’s own.

“Lateral” identifies the areas in a person’s spinal cord where the nerve cells that signal and control the muscles are located. As this area degenerates it leads to scarring or hardening (“sclerosis”) in the region.

In about 10% of cases, ALS is thought to be caused by a genetic defect. In the remaining cases, the cause is unknown to medical science.

Early symptoms of ALS include increasing muscle weakness, especially involving the arms and legs. Twitching, cramping or stiffness may be present in the affected muscles.

When muscles are no longer receiving the messages from the motor neurons that they require to function, the muscles begin to atrophy (become smaller). Limbs begin to look “thinner” as muscle tissue atrophies.

Medical science doesn’t understand the cause and thus has no cure, but does use a drug that tries to slow down the process.

Some Relief from the Symptoms –

“This is an absolutely tremendous overall product for the entire Nervous System.”

For information about the Nerve Support with Benfotiamine