Buying Less Expensive Supplements – Is It Worth It? 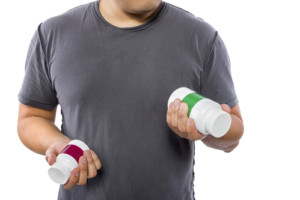 I’ve talked to people who wind up looking for a cheaper variation of a supplement as they feel that the one they read about was too expensive. It makes sense to the person to take that supplement but they felt it cost “too much”, so they buy a cheaper brand. Is this a smart thing to do?

Most often the “cheaper” brand is trying to sell their product off of the want created by the other similar supplement. The cheaper brand is copying the successful formula (with cheaper similar ingredients) in an attempt to market it by positioning it to be less expensive, even if it doesn’t say so in the ads. The cheaper ingredients are sometimes due to the vitamins being made in a lab (not whole food supplements) or cheaper grade of herb, or less of each ingredient.

I know of a very effective dental treatment that handles bacteria and builds dental health. It was copied and a much cheaper brand was created. But similarities do not make it the same thing. It doesn’t work as well. I know I tried it at one point.

Essential oils are gaining popularity. They are the “plant medicine” or “plant therapy” that has been used for thousands of years. And you get get good medicine or a cheaper, watered down version. Which do you think works better. (plant medicine)

Vitamin C is a good example. The cheaper version is ascorbic acid which is like wanting an egg and getting the egg shell. This vitamin is made in a lab. Whole food Vitamin C does what it is supposed to do.

Cheaper prices for vitamins is similar to the difference in prices between the more expensive organic food and genetically modified or the non-organic food. With the non-organic foods, it may be cheaper to buy, but you’ll wind up paying later when you need to see the doctor. You don’t realize that health problems are often from the nutritional deficiencies created by eating the cheaper food. The penalty you pay is the pain or possibly the loss of full function of a body organ. Hardly worth it.

Build health by eating the right foods and taking the supplements that will correct a health problem. It may cost more, but it will be well worth it.