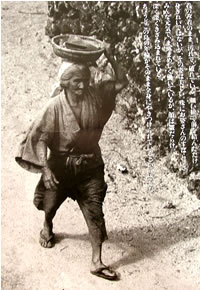 Above Sea Coral vs. Marine Coral

It has been known that people in Okinawa live longer than most people on the planet with little to no cancer or heart disease and are generally in great health. Japanese population studies show that Okinawa has the highest incidence of people 100 years of age or over. These Okinawan Centurions are not a feeble group of invalids confined to a nursing home. These are active senior citizens with productive lives and enjoying their golden years, they just happen to be over 100 years of age.

For hundreds of years, Coral has been known to bring relief to many illnesses and ailments. Thus, it was assumed that it was this coral reef and the calcium in it that was responsible.

Then it was also concluded that it was the microorganisms in the coral that was taken with the calcium that brought health.

Lately, I’ve been seeing Okinawan Vitamins being pushed saying it is the unique vegetables that bring the health. Of course, no one asks if these vitamins are whole food or made in a laboratory to copy the vitamins, or if you should change your diet. It’s hinted at but doesn’t say don’t take these vitamins with your soft drinks, etc. So, it’s hard to say if they are just positioning against their long life, or trying to figure out what it is in their food.

It is true that the Okinawans are drinking water and eating crops that are naturally rich in 74 minerals. The air they breathe is also cleaner.

Coral Calcium as a reason

Here is the information so you can decide:

It is noticed that they are living on an island built on a coral reef. The coral reef is rich in calcium, magnesium and all the trace minerals needed by the body. The Okinawans are drinking water and eating crops that are naturally rich in 74 minerals.

Heart palpitations, eczema, muscle cramps, headaches, insomnia, arthritis, diabetes, kidney stones….. It is thought that at least 157 diseases are caused by mineral deficiencies. Coral naturally contains a highly absorbable form of every mineral needed by the body. When the coral minerals are supplied, deficiencies cease, and health conditions are improved. As the coral minerals raise the overall mineral content of the body, the pH of the body returns to its natural alkaline (high pH) state, thus enhancing the immune system and overall wellness of the individual. Disease thrives in an acidic environment and starves in an alkaline (high pH) environment.

Although coral is often called “coral calcium”, coral naturally contains every mineral needed by the human body, not just calcium. (A mineral needs other minerals to be present or it won’t do its job correctly.) This abundance of trace minerals is a large part of the explanation of coral’s legendary powers. The full coral story is a fascinating description of the coral mineral’s high bio-availability (being able to be used by the body), and the resulting benefits to the human body. 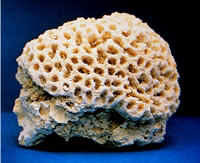 Coral is rich in calcium and performs as an excellent calcium supplement because it is very absorbable and does not cause the uncomfortable side effect of constipation commonly found with other calcium supplements. The calcium component of coral is important but the coral trace minerals even even more important.

Minerals are the building blocks of health. Enzymes, nerves and most other internal actions rely upon minerals for proper function. Trace minerals in our soils have become depleted which has led to a deficiency in our foods and hence our bodies. Trace mineral deficiency is part of the explanation of the vast decline in health that our society is facing. Coral minerals truly hold the key to health for many people.

Minerals are the building blocks of health. Enzymes, nerves and most other internal actions rely upon minerals for proper function. Trace minerals in our soils have become depleted which as led to a deficiency in our foods and hence our bodies. Trace mineral deficiency is part of the explanation of the vast decline in health that our society is facing. Coral minerals truly hold the key to health for many people.

Most minerals are difficult for the human body to absorb. The 74 minerals naturally present in coral are highly bio-available because:

1) Coral was formed by small animals that over the years broke down the minerals contained in the sea water and created coral formations. It is very difficult for the human body to digest inorganic minerals (similar to eating little rocks). Having been previously digested by the coral polyp, coral minerals are readily absorbable by the human body. In fact, these formations are so close to the makeup of the human skeletal structure that doctors use coral in bone grafts because the human body readily accepts the coral as its own.

2) Coral minerals have the inherent ability to go ionic (particles break down so small they can be easily used by the body) upon contact with moisture.

3) Coral minerals are in a natural balance with all of the minerals required to support each mineral in its designated role.

When minerals are assimilated and effectively enter the body, specific trace mineral deficiencies are supplied with the needed minerals and overall mineral stores are replenished. Wonderful things begin to happen within the system. Specific health conditions improve that were caused by a trace mineral deficiency and as overall mineral stores are replenished, a beneficial balance is established in the immune system and general health is enhanced. This overall replenishment of mineral stores can be quantified and measured as pH.

pH may appear to be an abstract scientific term but can be easily understood as an oxygen measurement system. The higher the number, the greater the oxygen content. All healthy humans began life with most of the body fluids and tissues in a slightly alkaline state (high pH. Over time, in modern society the body tissues and fluids often become acidic (low pH) from the refined foods, coffee, cola, prescription drugs, pollution and stress, that are absorbed on a daily basis. (Note: this discussion of fluids does not include blood, which keeps a consistent pH)

As alkaline (high pH/oxygen rich) system is important because we are oxygen creatures. Oxygen is the most essential substance for human life. Humans can survive weeks without food and days without water but only 3 minutes without oxygen. Many Naturopathic Doctors believe that at least 157 diseases are caused by an acidic/low pH system. In fact almost every named and unnamed disease condition has one thing in common: higher than normal accumulations of acidic wastes in the body. Decades ago Dr. Otto Warburg, the only physician to ever win two Nobel prizes, proved that cancer cannot exist in an alkaline/high pH environment.

If acid is allowed to build up that part of the body will become starved of oxygen and disease will not be far behind. It is easy to visualize the importance of not letting your body become oxygen starved. Just hold your breath until it becomes a bit uncomfortable and then resume breathing normally, don’t take any deep catch up breathes. Imagine your internal organs, trying to function without being able to take any catch up breathes, day after day, month after month.

Many substances (such as baking soda) can raise pH temporarily but only minerals can raise and maintain pH. Minerals play a crucial role in alkalizing the bodily fluids and tissues only when they are in a form that can be assimilated. Coral is a very effective alkalizing agent because the coral minerals are bio-available, meaning, they get in to where they are supposed to be and where they can do their job.

In order to correct the acid-base ratio, you need to understand it. Here is the article on this.

The controversy Above Sea vs. Marine Coral