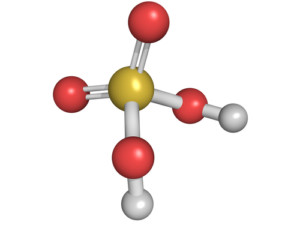 Why are they necessary for your health?

Electrolytes are the smallest of chemicals that are important for the cells in the body to function and allow the body to work. The major electrolytes found within the body include calcium, magnesium, potassium, sodium – there are others.

Electrolytes are critical in allowing cells to generate energy, maintain the stability of the cell walls, and to function in general. Electrolytes generate electricity, contract muscles, move water and fluids within the body inside and outside of the cells, and participate in many other activities.

The concentration of electrolytes in the body is controlled by hormones, most of which are manufactured in the kidney and the adrenal glands. There are specialized kidney cells that monitor the amount of sodium, potassium, and water in the bloodstream.

The body functions in a very narrow range of normal, and it is hormones keep the electrolyte balance within those normal limits.

An example of keeping electrolyte concentrations in balance includes turning on the thirst mechanism when the body gets dehydrated.

Sodium is most often found outside the cell, in the plasma (liquid) of the bloodstream. It is a significant part of water regulation in the body, since water goes where the sodium goes. If there is too much sodium in the body, perhaps due to high salt intake in the diet from table salt and processed foods, the sodium is excreted by the kidney, and water follows.

Sodium is an important electrolyte that helps with electrical signals in the body, allowing muscles and the brain to work. It is of the action that keeps sodium in the plasma and potassium inside the cell where they are needed.

Too much or too little sodium can cause cells to malfunction. Symptoms are lethargy, confusion, weakness, swelling, seizures, and coma.

Potassium is mostly inside the cells of the body. The difference in concentration from within the cell to the outside of the cell is essential in the generation of the electrical impulses in the body that allow muscles and the brain to function.

Too much potassium can cause abnormal electrical conduction in the heart and can create heart rhythm problems.

Too little potassium can happen when the body loses too much from vomiting, diarrhea, sweating ad medications such as diuretics and laxatives.

Calcium metabolism in the body is closely linked to magnesium levels.

Magnesium is involved with a variety of metabolic activities in the body, including relaxation of the smooth muscles that surround the bronchial tubes in the lung, skeletal muscle contraction, and excitation of neurons in the brain. Magnesium acts as part of many of the body’s enzyme activities.

Magnesium levels in the body are closely linked with sodium, potassium, and calcium metabolism; and are regulated by the kidney. Magnesium enters the body through the diet. Too little magnesium stimulates absorption from the intestine, while too much decreases the absorption.

Common causes of low magnesium include too much alcohol
and associated malnutrition, chronic diarrhea, and medications like diuretics (water pills used to control high blood pressure). More than half of hospitalized patients in ICUs may become magnesium deficient.

Symptoms involve the heart with rhythm abnormalities, muscles with weakness and cramps, and the nervous system, potentially causing confusion, hallucinations, and seizures.

This electrolyte is an important component of the equation that keeps the acid-base status of the body in balance.

This electrolyte helps buffer the acids that build up in the body as normal byproducts of metabolism. For example, when muscles are working, they produce lactic acid as a byproduct of energy formation. HCO3 is required to react with and form carbon dioxide

Electrolytes are minerals, such as sodium and potassium that are found in the body. They keep your body’s fluids in balance and help keep your body working normally, including your heart rhythm, muscle contraction, and brain function.