Success in Getting off Prednisone 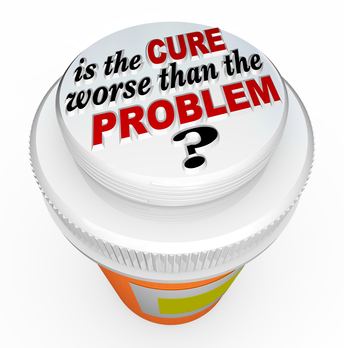 I’m so grateful for having found out about the Nerve Support Formula as it really got me out of sick bed back to living life.

December 2010 – I made an appointment with my MD to get help. Having been on prednisone for 6 years for asthma, chronic shingles and chronic inflammation, the daily dose was climbing too high and now the body had to deal with high blood pressure and high blood sugar symptoms and constant migraine headache as well. I also had acquired a metal poisoning on the way and having weird time pains detoxing from it.

Every part was aching and I was dreading to go to bed knowing that the sleep will be scanty and getting up in the morning will be awful.

As expected I was informed to immediately cut down 5 mg a week from the 60mg that I was taking. Now this is hell. The pains were so massive and on top of the earlier listed symptoms I also developed a major sinus inflammation that felt like my face was been ripped of with a dull knife.

From past experience I knew that the pain will intensify with each week and so it did. I was taking over the counter pain relievers around the clock often exceeding the maximum recommended doses and even then with hardly any relief.

I was able to cut back for four weeks to 40 mg per day, but now hit the wall. Could not go lower. Too much pain. Six weeks on antibiotics and the metal detox had helped, but no more.

I described the situation to a close friend of mine and she encouraged me to try the Nerve Support Formula.

I started taking four capsules a day and immediately got some relief. I continued taking the daily dose, but still taking Tylenol and Advil etc. I cut another 5mg and talked with my friend again and she told me that someone she knows well has used much higher dose of the Nerve Support Formula and so I upped it to 20 capsules a day.

Well I was sleeping considerably better. Pain reduced by 85%, blood sugar, blood pressure was down. Sinus inflammation history. I made it all the way down to 5mg a day. !!!!!!!!. Only mild discomfort, pain 97.50% GONE!

My hands were not shaking, head not dizzy, no vertigo. The most surprising benefit is that the shingles did not flare up hardly at all as in the past.

I’ll be taking the 4 capsules daily dose for a very long time (forever). I believe that it can help to regenerate the nerve(s) /paths destroyed during last 6 year and taking life time of asthma meds. I so wish I could walk to SaveOn or Ralph’s and see shoppers find this on the shelves instead of the dozens of Tylenol etc.

Nerve Support with Benfotiamine has B1, B12 (in special forms), B6, B2, D. B9 (should be folate the natural form)    These are vitamins that contribute to nerve health.