When Did Medicine Change? 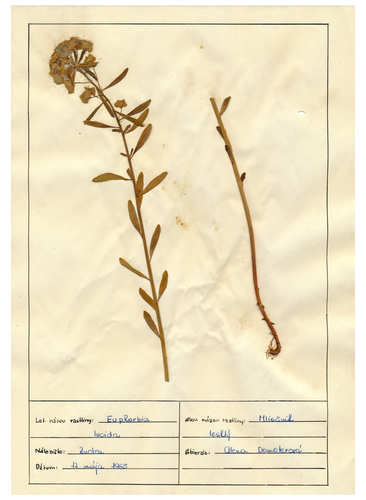 In the mid-1800s, the Physician/Surgeons came from a variety of medical schools. These schools taught herbal and homeopathic as well as the use of various plant remedies to treat medical conditions and disease. Often the medicines of the Civil War Era came directly from plants and herbs in nature.

In the 1920s, this changed. The medical schools became “standardized” and the only “correct” approved medical procedures were taught. What was the new standard? – Pharmaceutical drugs (petrochemicals – synthetic) and surgery. If a medical doctor strays from this standard, he loses his license. And any other methods of healing that might be used – it was labeled “quack”. This includes chiropractors, herbalists, homeopaths, Chinese medicine practitioners, nutritionists, etc. Herbal remedies and plant medicines have been used successfully for thousands of years, yet it was now labeled “quack”

The term “quack” actually started earlier in 1847 when the American Medical Association (AMA) was started to get rid of “quack” medicine. However, it is difficult to figure out who decides what is “quack” and what is “evidence-based” medicine.

The evidence often used is a drug manufacturer’s sponsored clinical trial and research grants. That changes the believability of the “evidence”, doesn’t it?

The method of finding out what is wrong has recently changed. Back in the 1800s, you could even tell a disease by its smell – the doctor actually looked at what was happening to the patient. In the year 2021, you wind up with CAT Scans, MRIs, and PET Scans. Is all this necessary?

In a lot of cases, these new testing methods can help, but sometimes, it feels like overkill. An example, if a person has certain symptoms that would indicate neuropathy or nerve damage, even if there is a reasonable cause for this damage, he/she is given a series of tests – blood tests, MRIs, EMGs, nerve conduction tests and NCV (Nerve Conduction Velocity), etc. to determine if he has neuropathy. And the result is that if a doctor learns that the person, indeed, per their testing, does have neuropathy, the only thing that medicine can do is give the patient a drug to try and cover up the symptoms. The drug, of course, comes with a list of possible side effects.

Even sadder is that if they decide you have neuropathy, finding the cause would fix it so that no more nerve damage would happen. But, more likely than not, unless it’s obvious like diabetes or from trauma, it might be called genetic, but most likely idiopathic – of unknown origin. Meaning really, they don’t know. Both of which means, there is “nothing we can do”.

What is the result of all this? Is there better care? Are the disease rates going down?

One only has to have seen the World Series 2015 “I stand for…..” event where people stood up all over the stadium for someone with cancer. It showed that the disease rate for this is not going down. There was a whole baseball stadium of people with signs showing who they stood for… it was sad.  You can compare this with a 1857 Medical book that talks about a medical doctor of that era finding a patient with cancer and getting as many students as possible to come see it as “they probably won’t see this again in their lifetime”.  This disease is so prevalent now and the cause has not been found, nor has medicine found a way to defeat it.

There are ways to address this disease without the use of drugs, radiation and surgery  see Cancer Treatments

AND finding the cause would lead to prevention, but not much is done in this direction.

The goal of the medical associations and laws that they have passed are aimed at restricting competition. Is this right?

Interestingly, the same plants and herbs of the 1800s still exist today. There are lots of natural remedies available that use these methods. Do they work less today? Or are they superseded by the drug commercials that can be seen nightly on TV by millions.

Do the research. Find out for yourself.

Read Also: The AMA & Pharmaceutical Companies – when did they take over medicine.