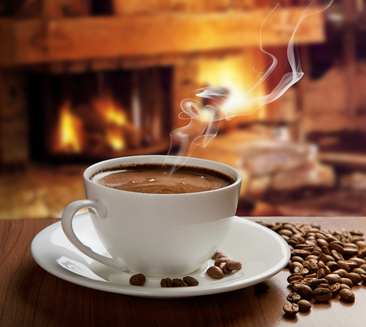 Coffee is derived from plants and is an herb.

Moderate coffee consumption (less than 3 cups a day) is safe for most people.

There are plus and negative aspects of Coffee

If you drink coffee, you may be a special candidate for magnesium deficiency.

“When it comes to coffee and magnesium, you shouldn’t worry about it, but you should be mindful of the connection.” —Niket Sonpal, MD

“What I tell my patients who are coffee drinkers is that as long as your diet is generally healthy, you’ll get enough magnesium from your diet that it will balance out.”

Why you need magnesium?

It has long been stated that coffee floods nutrients out of your body via the urine and creates dehydration. Recently research has shown differently. Their data suggest habitual coffee drinkers could enjoy some of the same hydration from coffee as from drinking water.

Dr. Daniel Vigil from the David Geffen School of Medicine at the University of California explained how the mild diuretic effects of caffeine do not cause you to become dehydrated, but instead increase your level of hydration.

Dr. Vigil explains your body doesn’t lose more fluid from the mild diuretic effect of caffeine than you take in by drinking it. He explains a headache after drinking your morning cup of coffee may indicate you’re sensitive to caffeine or that you could already be dehydrated. A study published in the American Journal of Clinical Nutrition states this as well.

*Study: No evidence of dehydration with moderate daily coffee intake: a counterbalanced cross-over study in a free-living population.

Research that has been done:

Researchers from the Netherlands studied the effect of coffee consumption on blood levels of homocysteine, a naturally occurring substance that forms when the body breaks down protein.

Elevated levels of homocysteine have long been associated with an increased risk of heart disease. Exactly how this amino acid harms the heart is unclear, but our best guess is that it either makes the blood clot more frequently or damages the lining of blood vessels in the heart. (Genetic defects and vitamin deficiencies have also been shown to cause an elevation in homocysteine.)

The Dutch researchers focused on strong, unfiltered coffee, and their results are not great news for folks who drink large quantities of caffeine. After just a two-week period of drinking six cups of unfiltered coffee a day, homocysteine concentrations increased 10% in subjects who started out with normal levels.

At the same time, cholesterol levels shot up 10% and triacylglycerols (other fatty substances) 36%–both precursors to artery-clogging atherosclerotic plaque. The bottom line, according to the authors: drinking 48 oz. of unfiltered coffee a day may carry a 10% increase in risk for heart attack or stroke.

An incidental but equally important finding was that levels of vitamin B-6 decreased 21%.

Why would unfiltered coffee be more dangerous than filtered? A leading suspect is a group of substances called diterpenes, found widely in nature–and in coffee beans. Diterpenes are known to raise homocysteine levels, and the paper filters used in coffee machines are usually fine enough to catch them. Some coffee roasters prepare their beans with processes that remove some of the offending diterpenes. Check with your favorite brewer for details.

The good news for coffee lovers: increased levels of homocysteine aren’t necessarily permanent. Removing the offending agent–in this case, unfiltered coffee–will help bring the levels back to normal, as will increasing your intake of the B vitamins B-6 and B9 (folate). Vitamin supplements, green leafy vegetables and citrus fruits are good sources of folate. (See below for a good source of Vitamin B)

If you love coffee, you are not alone. In a recent survey by Reuters, 64 percent of Americans age 18 and over said that they enjoyed a cup in the previous 24 hours. One of the top reasons you might drink coffee is because you know that the brewed beverage helps you wake up and feel energized. What you may not know is there are actually several health benefits of coffee.

What Vitamins are in Coffee?

A cup of coffee contains:

Magnesium and niacin (B3)

Science has been contradicting the puritan view for decades. Take coffee, for example. There is growing evidence that this popular morning beverage has health benefits. For one thing, coffee is rich in antioxidant compounds.

A recent meta-analysis of 40 studies found that coffee drinkers were less likely to die prematurely, with the fewest early heart disease deaths among those sipping 2.5 cups a day (European Journal of Epidemiology , Aug. 2019). Those who consumed two cups daily had lower rates of cancer as well.

One additional benefit of coffee: when people are hospitalized for abdominal surgery, they recover bowel function sooner and can be discharged earlier if they drink coffee (Diseases of the Colon and Rectum , Aug, 2019). In a study of 100 people, half got a cup of coffee with each meal and half got decaf tea instead. Nurses have recognized this advantage of coffee for quite some time.

While there are multiple benefits to drinking coffee, it is crucial you are drinking dark roast, organically or biodynamically grown coffee beans. The brown to black coffee beans you take out of the bag begin their life green. They are roasted at high heat to release their flavor.

Coffee growers use a lot of chemicals on their plants and this can outweigh the benefits. Drink organic coffee.

Getting off of coffee. If you avoid these completely, be aware that at first you might experience headaches, fatigue, or dizziness due to withdrawal symptoms. However, after a week or so, you energy level and mood should improve.

Recommended is that you cut down the amount of coffee you drink daily gradually, and then get to one small cup in the morning and then gradually lessening the amount over a two week period until it’s eliminated altogether.

Suffering from caffeine withdrawal when you stop drinking coffee? Are you tired?

We recommend the Dr. Berg’s Magnesium.  .