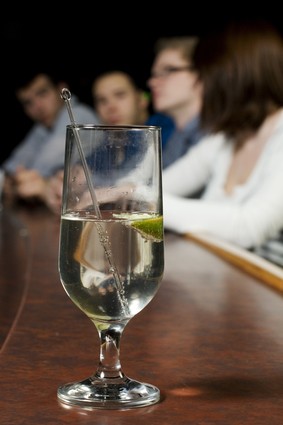 Tell me what to take for alcohol damage

Alcohol affects everyone differently. Some become intoxicated with the first drink; others can drink a lot more before they show effects.

As far as the body is concerned, alcohol is a poison. Some of the effects of chronic alcohol consumption include damage to the brain, liver, pancreas, stomach, small intestine and central nervous system. It is one of the few substances that can penetrate the lining of the stomach and cause damage. Alcohol can cause metabolic damage and depresses the immune system.

Alcohol is broken down in the liver. The repeated consumption of alcohol inhibits the liver’s production of digestive enzymes, impairing the body’s ability to absorb proteins, fats, and the fat-soluble vitamins (A, D, E and K), as well as the B-complex vitamins and other water-soluble vitamins. Normally the liver either stores nutrients it receives or, after processing, sends them back into your bloodstream to be used throughout the body. When the liver is not functioning well due to alcohol many essential nutrients are not retained for use by the body; they are rapidly eliminated through the urine.

The toxic effect of alcohol on the liver is very serious. First, excessive amounts of fat accumulate in the liver, a result of alcohol’s effect on the body’s ability to digest fats properly. The liver is one of the most robust organs in the body. It has the ability to regenerate itself after certain types of damage. Up to one quarter of the liver can be removed, and within a short period of time, it will grow back to its original shape and size. Alcohol is one of the toxins that the liver doesn’t handle as well as others. The liver cannot regenerate after being severely damaged by alcohol.

You wake up with a throbbing head; you can’t stand the light, your trembling….. You have a hangover. Could this have been prevented?

The formal name for hangover is veisalgia from the Norwegian word Kveis for “uneasiness following debauchery” and the Greek word Algia for “pain”. It is an appropriate title. A hangover usually includes headache, poor sense of overall well-being, sensitivity to light and sound, diarrhea, loss of appetite, trembling, nausea, fatigue, increased heart rate and blood pressure, dehydration (dry mouth, extreme thirst, and dry eyes), trouble concentrating, anxiety, difficultly sleeping, and weakness. The severity and number of symptoms varies with the person. It is true that the more alcohol that is consumed, the worse the hangover will be. Hangovers can be made worse by drinking on an empty stomach, lack of sleep, increased physical activity while drinking, and dehydration before drinking and poor health.

When alcohol goes into the bloodstream it causes the pituitary gland to block the creation of “vasopressin”. Without this chemical the kidneys send the water directly to the bladder instead of reabsorbing it into the body. The body will lose 4 times the amount of liquid that it gained. Thus you get really thirsty the next morning and a headache that is a result of dehydration. The body will actually take water from the brain causing it to decrease in size and pull on the membranes that connect the brain to the skull – ouch!

Frequent urination also expels salts, electrolytes such as magnesium and potassium that are necessary for nerve and muscle functions – this can result in headaches, fatigue and nausea as well.

Alcohol is absorbed directly through the stomach. The cells that line the stomach become irritated. The message finally gets to the brain that the contents are hurting it and must be expelled through vomiting. Unpleasant as it sounds this mechanism can actually lessen the hangover by getting rid of the toxins and makes you feel better. The stomachs irritation also contributes to the diarrhea and lack of appetite.

Alcohol creates deficiencies which contribute to neuropathy as a side effect.

What to do if you drink socially

How to withdraw from alcohol or repair the damage done