Is it Because We Now Live Longer? 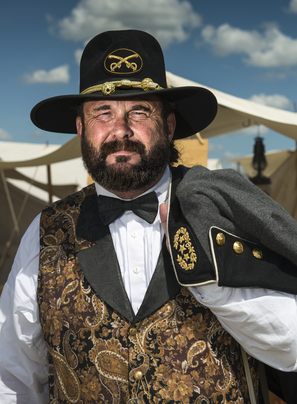 I’ve heard this comment so many times. We live longer now than we did in the past.

I had a friend tell me that she saw her medical doctor because of her menopausal symptoms. The doctor told her that the problem was that we live longer now. The doctor went on to say that in the past, the average life span was 50 something and thus women didn’t live long enough to experience the problems she was now having. That sounded like a plausible reason explaining why medicine had no real fix for this except to try the replace the estrogen with pharmaceuticals.

The basic flaw in this theory, however, is that it is untrue that everyone over 50 would probably die and thus not have to deal with this or other health problems.

The idea that we live longer always brings to mind a photo of 6 Union soldiers who traveled to Gettysburg, PA for the 75th Anniversary of the 1863 Battle. They were 6 that met in Chicago, Illinois railroad terminal on on their way to the reunion. Their ages 91-94.

So this makes the statement that “people live longer now” untrue.

The “average life expectancy” of age of “50 something” came from the fact that many people died young due to infections, plagues and accidents and in the above mentioned group they died during the Civil War (620,000 American’s died during the War Between the States which brings the average way down).

This “average age” changed a lot due to the fact these deadly diseases were eradicated by improved public hygiene with adequate supply of clean water and the safe disposal of sewage. Added to that were an understanding of and remedies for infections and a lowered accident rate due to safety rules and procedures. It was not because everyone died in their 50s. A lot of people died young and the “average age” thus went down to “50 something”.

During the time that these Civil War soldiers lived, they had clean air, food untainted with preservatives and additives and which was mostly unprocessed. This was before the pharmaceutical companies went into action in 1880 and in 1920 the accepted standard of medicine became drugs and surgery only. During the Civil War and up until 1920, medical schools taught homeopathy and herbal medicine. Plant medicine (essential oils) were standard during the Civil War.

“Degenerative diseases – heart attacks, arteriosclerosis, cancer, stroke, arthritis, hypertension, ulcers, and all the rest – have replaced infectious diseases as the major enemies of life and destroyers of its quality.” The Body Electric by Robert O.Becker, MD. And Gary Selden

I think it’s time to re-think the – “we live longer now”. And start going back to good nutrition and the basics of human health and “live longer” healthy.

For information on health problems and what can be done, see the MCVitamins.com Index. You can also email us and get help.