Menopause, what causes the problems and what to do for relief 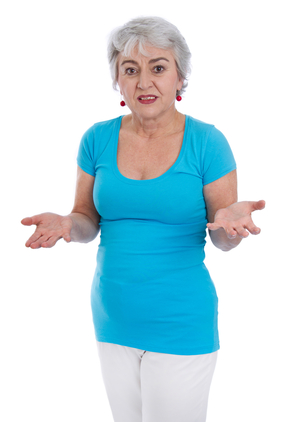 Happy? Sad? Perplexed? All in the span of 15-30 seconds? Suddenly hot, wake up sweating, cranky, restless, fear and loathing and a whole lot of other things. If you’re female and under 40, chances are it’s just a (temporary, rotten, lousy) phase. If you’re female and 40+ chances are you’re entering menopause. What are the symptoms? You have mood swings (more like mood rollercoasters). You’re hot when you’re not hot, you’re cold when you’re not cold, you’re exhausted but can’t sleep. You’re anxious but don’t know why, maybe blue, maybe less excited about things that you used to get excited about.

He talks about the mechanism behind menopausal symptoms. There is a backup organ to the ovaries during menopause. After 400 eggs are released during a women’s lifetime, the ovaries stop producing hormones. The adrenal gland then kicks in and takes over producing similar hormones. BUT if your adrenals are not strong enough, you may have problems with making the transition, thus giving you symptoms.

Menopausal Problems May be Common….But They’re Not “Normal” By Dr Cindy Clayton D.C.

Nowadays, so many symptoms associated with hormonal imbalances have become so common, we think they are normal. Symptoms such as insomnia, weight gain, hot flashes, headaches and irritability are being experienced by the majority of women in their later years, so we are all beginning to believe “that’s the way it is.” Not true!

Ask those grandmothers! The body is perfectly equipped to make the transition if it is not interfered with. Instead of taking a prescription of cancer-causing estrogen made from the urine of pregnant mares, why not be a detective and get to the root cause of the symptoms? It’s like finding out why the oil light is on in your car instead of taping it over so you don’t have to look at it.

For example, the adrenals naturally produce a hormone called pregnenolone which is the precursor to all the rest of the steroidal hormones such as progesterone, aldosterone (sodium/potassium pump), DHEA, cortisone, three types of estrogens and testosterone. But, if the body is put under physical or mental stress, it will go into “fight or flight” mode and produce cortisol. And, if the stress is constant, the body will decide it is more survival to only handle the stress and get into “pregnenolone steal”. Meaning, it will use pregnenolone ONLY to make cortisol and nothing else: Hence, no hormones, lots of symptoms.

Besides the obvious stressors in life such as overwork, worries, not enough sleep, physical trauma and a toxic environment, there are also some we don’t always consider would affect our adrenals. Poor diet, irregular meals and immune challenges such as parasites, bacteria, yeast and virus also beat up the adrenals. To make matters worse, chronic stress lowers immune function, which causes vulnerability to infection, which causes adrenal stress, etc. etc. Getting up in the morning and not eating breakfast makes the adrenals bypass the cells of the body who are supposed to produce energy from food and instead the adrenals release cortisol directly into the bloodstream to force the body to muster up the energy to meet the day’s needs “or else.” This can go on for quite some time as the body tries to cope and “make do.” When a person does start to experience symptoms, the adrenals are already in “Stage III Adrenal Exhaustion.”

The overall point is that you can get to the root cause of hormonal imbalances and many other physical problems by addressing the stressors in your life and rehabilitating your adrenals. This is not necessarily hard or complicated. It first takes a decision to disagree with the “norm” and believe the right reason will open to door to a handling that can be done. And then deciding you want to do it and find out how!

Dr. Cindy Clayton, D.C. is a Doctor of Chiropractic & Nutrition

Read: Is it because we Now Live Longer?

What to do for Hot Flashes by Dr. Eric Berg

The procedure removes the ovaries which is what products the estrogen. Then the ovaries stop working with menopause, or by removing them surgically, they do not produce estrogen. This is what causes the problem.

But the body has a backup plan. The adrenals (when healthy) will start producing estrogen and balance the hormones.

What I did to handle menopause. By Chris Daino, McVitamins Founder

They state on their site: Natural Re-adjustment of Hormone Levels

“Homeopathy is the safest treatment before, during, and after menopause because it stimulates the natural hormonal balance without the use of harmful drugs. Constitutional homeopathic treatment is best during the transitional period of menopause in order to balance hormonal levels and cure the many accompanying symptoms. You cannot address the complex of these symptoms as separate from the whole individual; for this reason true classical homeopathic prescribing is highly recommended for the treatment of menopause.”

I worked with my nutritionist to strengthen my adrenals and changed my diet. I suffered minimally from menopause and only in the beginning. It lasted maybe a month.

Adrenals need to be helped if you are suffering from menopausal symptoms. Your adrenals are most likely overtaxed and overworked.

You can find an Adrenal Formula here that I highly recommend.

(As with all herbs, if you are on a pharmaceutical drug, See Will it Interfere with the other things I’m taking?)