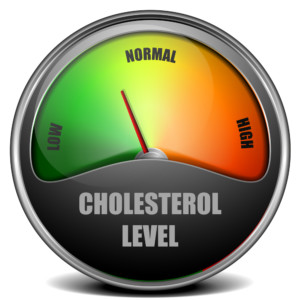 “Aren’t you worried about all that cholesterol?”

I was having breakfast with an old friend last weekend. Carter wanted to know how I could justify my breakfast of over-easy eggs. “Doesn’t that contradict what you write about?” he asked.

I withheld the explanation of the flawed ‘lipid hypothesis.’ And I didn’t tell him why the ‘cholesterol theory of heart disease’ is bogus. But I did let him know that dietary cholesterol is not a concern of mine.

“Did you know that half of heart attacks occur in people with ‘normal’ cholesterol?” I asked. This was shown in the Women’s Health Study – a study of more than 28,000 women. Researchers discovered that 46 percent of all first-time cardiovascular events occurred in women with cholesterol levels under the ‘desirable’ target set by the National Cholesterol Education Program.

“And did you know that ‘high’ cholesterol levels are associated with longer life in the elderly?” I asked Carter. “And better brain health?”

It is not ‘cholesterol’ you need worry about. Damaged cholesterol is the problem.

Cholesterol is vital to your health. You can’t live without it…

Cholesterol is integral to your cell membranes. It helps to make up your nerve fibers. And it is vital for the production of sex hormones. Cholesterol is so important that your body does not rely on food sources alone.

For most people, less than 20 percent of our total cholesterol comes from what we eat. The rest is made by the body. That is why trying to reduce your cholesterol by eating less of it can be futile. The less you consume, the more your body will produce.

About 30 years ago, forward-thinking researchers began to understand that LDL cholesterol is not a reliable risk factor for heart disease. This understanding is just now entering the mainstream.

One study of elderly Belgians showed that increased levels of oxidized LDL were associated with a significant increase in the risk of heart attack. However, overall levels of LDL cholesterol were not associated with heart disease risk at all.

Keep your cholesterol healthy with antioxidants…

About 10 years ago, researchers in Sweden compared the risk factors of two groups of men – one group from Sweden and another from Lithuania. The men from Lithuania were four times more likely to die from heart disease.

There were very few differences in their risk factors. However, one big difference was that the men from Lithuania had much lower cholesterol levels. According to mainstream theory, this should have put them at a lower risk for heart disease. But they were suffering at a much higher rate.

What does this tell you?

What this tells me – and leading researchers in the field – is that consuming a diet rich in antioxidants is vital to prevent the oxidation of cholesterol and to maintain a healthy cardiovascular system.

It is also important to consume a low-glycemic diet and reduce omega-6 fats. High-glycemic carbs and unhealthy fats both increase oxidation and inflammation.

It also suggests that those annual “cholesterol screenings” could be a big waste of time. The better indicator of health is your level of oxidized cholesterol and the ratio of oxidized LDL to HDL.

The good news is that there is a test for both of these. The tests are provided by a company called Shiel Medical Laboratory. They might not be covered by insurance, but the out-of-pocket cost is less than $125 – and well worth it, if you ask me.

To Your Great Health!

Statin drugs, just like putting any other chemicals into the body, throws things out of whack, which causes stress on various systems and that is why your sugar levels go up. Plus when they test a person’s cholesterol level it is not a test that actually shows how much cholesterol has, if any, built up in the arteries.

The simplest way to handle Cholesterol is to throw away the Statin drugs and start taking Omega-3 (fish oil) gelcaps, 3000 mg/day, and in 3 to 4 months they will be nicely down. For more info on Omega 3 Fish Oil

Cholesterol is merely a symptom of Insulin Resistance going on in the body.

Here are a couple of additional articles that will be of value to you in creating and maintaining a diet that helps keep your sugar levels down. The first deals with the research on why the low-fat diet does not work:
http://www.survivediabetes.com/lowfat.html

This second one shows the results of a recent Duke University study comparing the Atkins diet (low carb diet) to the diet recommended by American Heart Association, and how the low carb diet was vastly better!
http://www.biblelife.org/duke.htm

In addition to the above taking 10 mg twice a day of Policosanol is also going to address lowering Cholesterol levels.

“Policosanol has also been shown to increase levels of high-density lipoproteins (HDL). Cholesterol is a fat-related substance necessary for good health. It is a normal component of most body tissues, especially those of the brain, nervous system, liver and blood and is needed to form the sex and adrenal hormones, vitamin D and bile; a digestive secretion required for fat digestion.”

“Policosanol also appears to be helpful for intermittent claudication, a disease characterized by severe occlusion of the arterial system in the lower part of the body. The arteries supplying the legs with blood may become seriously blocked in advanced stages of atherosclerosis (hardening of the arteries). This can lead to severe, crampy pain when you walk more than a short distance, because the muscles are starved for oxygen.”

“Policosanol is a blend of compounds isolated from natural plant waxes. Policosanol contains several long chain fatty alcohols, including octacosanol, hexacosanol and triacontanol. Animal and in-vitro research has shown that these compounds may support the cardiovascular system and inhibit lipid peroxidation as well as support macrophage activity.”

Above Information found on the Internet regarding Policosanol.

Hope this helps, let me know if you have any questions.

See Cholesterol for more information and a new product.