Why is What You Eat So Important? 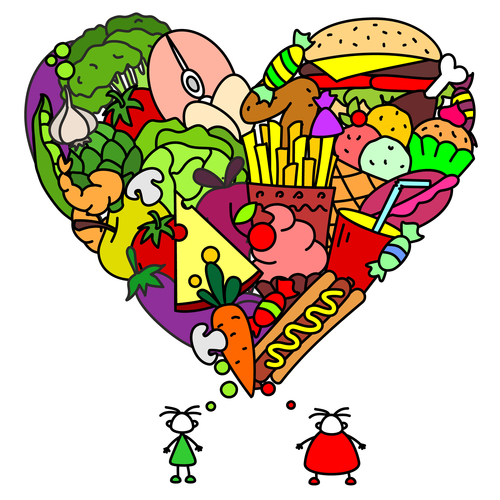 So often I hear from various people that they don’t want to change their diet  and besides disease is really genetic or the result of a “germ”.

Is it?  When someone complains about the cost of healthy organic food, I tell them that they can spend more now for nutritious food, or they can pay the doctor later.   Besides the pain, loss of income, and anxiety of what might be wrong when they get ill, they miss out on all the energy and well-being that they could have right now with a healthy body.

As an example of what a poor diet can do, may I present The 1300 Bubonic Plague – the black death – was preceded by a famine.  This resulted in fruit, vegetables and meat being “luxury items”  not at all available to anyone but the very rich.  The European medieval diet of that time for most of the population was largely made of grains – wheat, rye, oats and barley – soups made of these grains, malted or brewed into ale   It was not a balanced diet at all.

How does eating a healthy diet work?

You have to understand that there are forty nutrients that cannot be made by the body. They are essential fatty acids, 15 vitamins, 14 minerals, and 10 amino acids.  Collectively these forty nutrients are spoken of as the body’s requirements.

From these our bodies synthesize an estimated 10,000 different compounds essential to the maintenance of of a body.. All the forty nutrients work together. Therefore, the lack of any one might result in the underproduction of hundreds of these essential compounds. Probably no one nutrient is ever totally lacking from an otherwise adequate diet, but partial simultaneous deficiencies of many nutrients is common.

Your body needs these things every day to function. You have to start paying attention to what you eat, and make sure you take those vitamins, minerals, amino acids and fatty acids that are missing in your diet.   You don’t get it from grains, and in fact a lot of modern diets is the same thing – pizza, crackers, cereals, etc. etc.

What about the “germs”?

In ancient times, when people were afflicted with various types of ailments and diseases, they commonly blamed evil spirits. The belief was that an evil spirit had invaded the person’s body and that caused the disease. You had to placate the evil spirits to get them to leave and then the disease would be cured.

Many people maintain the similar belief today, except that the evil spirits have been identified – the disease causing “evil spirits” are in the form of micro-organisms (i.e. viruses, bacteria, or other microbes). The current accepted belief is that viruses and bacteria are the basis or primary cause of disease. This is labeled the “germ theory”.

This germ theory is now the basis of most forms of modern medicine and dentistry. The belief is that pathogenic germs exist outside the body and that they can invade the body and cause disease.

Bacteria and viruses do exist, but evidence shows that bacteria grow due to a “diseased” state of the body, a body with deficiencies, a body that has been injured in some way. The body’s environment – it’s terrain –  is such that bacteria can grow and thus, you find the bacteria creating infection, viruses causing illness.

An example, the “germ theory” would have you believe that bacteria creates tooth decay, however, it is not really the full story. If it was bacteria that caused tooth decay, we could just make sure to thoroughly brush, floss, clean and maybe use anti-bacteria drugs so that no bacteria entered the gums, and there would be no tooth decay. However, there is tooth decay and the dentist will tell you that it’s due to bad hygiene no matter how hard you try and even if you visit every 6 months for a cleaning. (I’ve always felt that it was not natural that to keep healthy you had to have someone scrap your teeth every six months.)

The truth is bacteria comes into the tooth at a later time, only when the tooth is de-mineralized.  Demineralization comes from dietary deficiencies. Only after the tooth, the environment, is damaged due to this, that the bacteria can enter the tooth and gums and create a problem. Healthy teeth would not decay.

Functional medicine can help the body regain health so that bacteria and viruses don’t have an environment to grow in.  Rather than have to deal with sickness and heroic measures to save your life (surgery, drugs, etc.). Isn’t it a better idea to eat right and build  a healthy body.

Understanding what your body needs and providing it is your best Health Insurance.

Diet of The Plague? What Went Wrong?

Antoine Be Champ (He is a contemporary of Louis Pasteur author of “the Germ theory”).

What is a Healthy Diet?

For information on health problems and what can be done, see the MCVitamins.com Index or use the Search above the right of the head links.

STILL HAVE QUESTIONS? EMAIL AND GET YOUR QUESTIONS ANSWERED