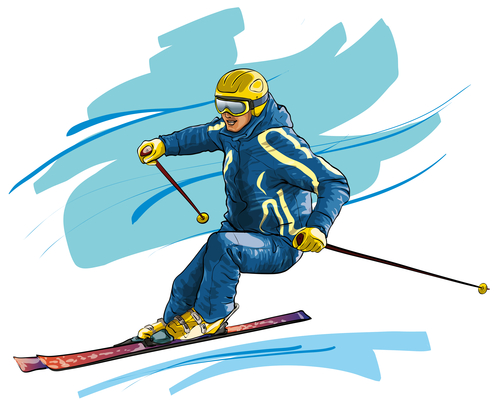 When the body becomes extraordinarily cold, all the systems begin to slow down – eventually to the point that it can cause death. In some rare cases, though, hypothermia can save lives. There are cases where children who have fallen into freezing water were successfully revived even when there was no heartbeat. Their below-normal temperature slowed down their brain function and caused their bodies to use less oxygen.

Hypothermia can occur in a number of situations, most often where freezing-cold weather is a factor. You’re at risk if you’re not adequately dressed for the cold, if you’re outside longer than you’d planned or can’t move, if you fall into near-freezing water, or if your clothing gets wet.

Every winter, some elderly people die from hypothermia in their own homes because they can’t pay for adequate heating or their heating systems break down and they can’t get repairs done.

Hypothermia can also happen in the summer. Many lakes never get very warm and swimmers who stay in cold water for too long can become hypothermic. Many summer cases involve fishermen who have fallen into the water.

Hypothermia can come on very slowly, making it difficult to notice that it’s happening. When the body is cold, it responds by shivering – it’s trying to warm itself. When hypothermia sets in, the shivering stops, as the body is now trying to save energy. This is one of the first warning signs of hypothermia. The person might also begin to feel clumsy and disoriented as body temperature drops. The heartbeat can become irregular and breathing slows down.

One complication of hypothermia is that the heart becomes very fragile and can be jolted into an irregular rhythm very easily. If you try to rescue someone with hypothermia, you need to be as gentle as possible to prevent sudden movements. As well, emergency personnel will keep an eye on the heart during the re-warming process to watch for any such irregularities.

Treatment of hypothermia needs to be done very carefully and under proper supervision, as the body is very fragile in this state.

Emergency personnel will warm the person up with heating pads, packs and special blankets while giving them warmed intravenous (IV) fluids and oxygen. They’ll be watching very closely for any heart problems, ready to give the proper medications if needed. If the person is brought in without a pulse, the doctors will still go ahead with re-warming and then perform cardio-pulmonary resuscitation (CPR) – many people have been successfully revived after severe hypothermia.

Frostbite happens when a part of the body actually freezes. Mild frostbite doesn’t leave lasting damage, but severe frostbite does cause permanent damage and may even lead to amputation.

Frostbite is caused when body parts, usually fingers, toes, noses, and earlobes, are frozen. Extreme cold, a wind-chill factor, lack of proper clothing, and altitude all contribute to quicker freezing of the skin.

Smokers and people with circulatory problems have a higher risk of developing frostbite.

How fast the signs of frostbite develop depends on the air temperature, wind chill factor, and how well the affected body part is protected. It’s possible to get frostbite within minutes during extreme cold conditions.

Mild frostbite (frostnip) makes the skin look white or waxy but the color returns once the skin is warm again. Once thawed, the skin might turn red and it could take a while for the redness to go away.

Severe frostbite begins with white or waxy-looking skin but, as the damage progresses, the color becomes gray or bluish. The cold feeling disappears and is replaced with numbness. Blisters might form.

At this point, it’s very easy to cause more damage besides the actual freezing. Trauma can happen by walking on a frostbitten foot, for example. Because the foot can’t be felt, neither can blisters forming and breaking. A frozen finger could break easily in a fall, and skin can burn very easily if it’s not warmed up properly.

As a frozen body part warms up, the area may swell, itch, burn, and be extremely painful.

Extreme frostbite will turn the skin black, and gangrene may set in, making amputation necessary.

For both hypothermia and frostbite, the signs and symptoms described above, along with a history, are all that’s needed for a diagnosis. In the hospital, a doctor will also do blood tests decide the course of treatment.

In treating frostbite, care must be taken not to further damage the frozen areas. Doctors will warm the part up slowly and check for permanent damage. They will probably give an antibiotic, a tetanus shot, and possibly some medication to open up the blood vessels and allow more blood to flow through the frozen area. Pain medication might be needed, as this can be a very painful process.

Surgery to remove dead tissue or amputation might be necessary later on if some areas were permanently damaged by the freezing. Since frostbite often looks worse than it really is, surgery is rarely done immediately. The doctors usually take a wait-and-see attitude to see if the body is able to heal itself.

If you’re helping someone with hypothermia or frostbite,

Hypothermia and frostbite are, for the most part, preventable. Be prepared for the conditions outside. Dress warmly, covering exposed skin, and don’t let the warm sun fool you in the winter – if the temperature is below freezing, consider yourself at risk, and take precautions

Dehydration and diet (at higher altitudes) – Drinking lots of water. Urine should be clear not yellow.

Eat a high carbohydrate diet. Carbohydrates require less oxygen for metabolism than fats or proteins. A diet of only carbohydrates does not meet the body’s overall nutritional needs, thus, eat protein and fat on rest days. Avoid eating fats and protein at night.

For more information on dehydration and mineral depletion due to dehydration. See Dehydration

Altitude Sickness: If you travel in the mountains, you need to know how to prevent, recognize and treat altitude sickness. Note below, some ski resorts are 7,000 feet at the base and 8000 feet at the top. Thus base altitudes are not defined as a High Altitude. Find out what the altitudes are where you go skiing.

Air pressure is also lower in winter than in summer. The combination of cold stress and lack of oxygen increases the risk of altitude problems.

At higher altitudes, you get roughly 40% fewer oxygen molecules per breath due to the lower air pressure. Since the amount of oxygen required for activity is the same as at sea level, the body must adjust to having less oxygen. It takes several days for your body to acclimatize to the altitude. At 10,000 feet, 75% of people will have mild symptoms.

A number of changes take place in the body to allow it to operate with decreased oxygen.

The body undergoes numerous changes at higher altitude in order to increase oxygen delivery to cells and improve efficiency of oxygen use.
People vary in their ability to acclimatize.

Some people become ill at higher altitudes and some don’t. It is not known why.

Symptoms of “acute mountain sickness” include

Things that help: The only sure treatment is to descend.

Safety: Helmets are a must for safety.

Nature will provide effective and powerful alternatives to dangerous “performance enhancing drugs.” The choice becomes clearer when you compare the long term muscle fitness and health building effects of whole food and herbal supplements versus the well-documented health issues often associated with the artificial methods.

Competence: friend said he didn’t like to participate in any sport where there was an ambulance waiting for him at the bottom of the hill. While this is a bit of an exaggeration, making sure that you are competent enough to get down that hill is good advice. Make sure you increase your competence in any winter sport that you participate in and take lessons.

For year-round excellent training off the slopes go to Virtual Snow Year-round skiing and snowboarding on simulators. It is the practical and easy way to learn, and the foolproof way to increase your abilities no matter what your level of ability is. 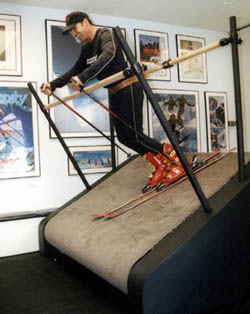