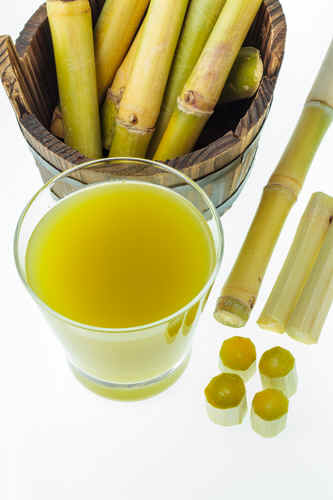 It used to be that health conscious people went to the health food store to find alternatives to the over processed and preserved foods. Today, however, some health food stores are changing their polices and letting food onto the shelves that have added sugar.

Those consumers who are smart enough to read labels may have become increasingly aware of sugar’s reintroduction into many “healthy” products. What is difficult is the fact that there apparently are a lot of new names for sugar.

Sugar by Any Other Name

It is advertised that there is less refined sugars, or under these pseudo-titles made it seem healthy.

How much sugar is too much, well, that’s up to you to decide what to put in your mouth.

However, cane juice and other sweeteners are pretty much the same thing. Dehydrated cane sugar is sugar. It simply sounds like a whole food.

A nutritionist’s advice for consumers is to look at the package to see if it tells how many grams of sugar are in the product. That is one sure guide to controlling your sugar intake.

How the Body Uses Sugar

When you eat a “simple carbohydrate” such as sugar, it is broken down by your saliva, and by enzymes in the pancreas. It is further broken down into glucose in the small intestine, which in turn is absorbed into the bloodstream. Finally, it is carried to the liver, where it is either used as energy, or (if not used), stored as fat.

It does the same whether sugar or other sweetness.

Here are some of the sweeteners you may encounter in products:

Amasake: One of the least refined of the “natural” sugars, fermented and filtered, made from brown rice.

Brown rice syrup: Fermented rice, broken down by enzymes, strained and cooked to a syrup-like consistency. Is also available in powder form.

Date sugar: Made from pulverized (generally not refined) dates, it contains sucrose, glucose and fructose. It’s low in grams of sugar per teaspoon, low in calories.

Fruit juice concentrate: “Reduced” (broken down) peaches, pears, pineapple, white grapes and other fruits are used. Concentrates can be highly refined. If a product has slightly refined or unrefined fruit juice, it will obviously be more nutrient dense.

Honey: A mix of sugars. Usually about 30-40% glucose, 40-60% fructose. Honey does contain some nutrients, but not many. It’s very high in calories. Honey may sometimes be “stretched” with additives, and some imported honeys are reportedly “contaminated.” It’s best to buy local honey.

Molasses: The dark brown syrup left after sugar processing has milled out and crystallized the sugar for refining. After filtering, molasses may have sulfur added to kill bacteria, and stabilize it. Blackstrap molasses contains iron and traces of vitamins and minerals.

Stevia: Made from the leaves of a Paraguayan herb, and usually found in powder form, it is 300 times sweeter than sugar. A little goes a very long way (obviously). It’s non-caloric, which is generally considered a plus.

The Atkins Diet Center has done research that indicates sweeteners that contain aspartame (such as NutraSweet and Equal) stimulate insulin production (leading to unstable blood sugar, irritability and carbohydrate cravings).

Sweeteners that use sucralose (marketed as Splenda) and saccharin (such as Sweet’nLow) have not been shown to stimulate insulin production.