Saccharin, a chemical substitute for sugar 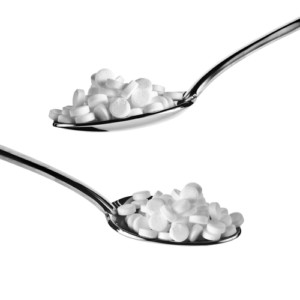 Saccharin, the sugar substitute that gained notoriety in the late 1970s as a substance that caused cancer but it has since been taken off the official list.

The Department of Health and Human Sciences announced the change in May in the “Report on Carcinogens (9th Edition). Dr. Kenneth Older, Director of the National Institute of Environmental Health Sciences and National Toxicology Program said, “…. Studies now indicated that the rat bladder tumors arise from mechanisms that are not inherent to the human situation. In addition, we have decades more data from observations of humans using saccharin that adds to our confidence. In other words, with better science, we can now make a better call.”