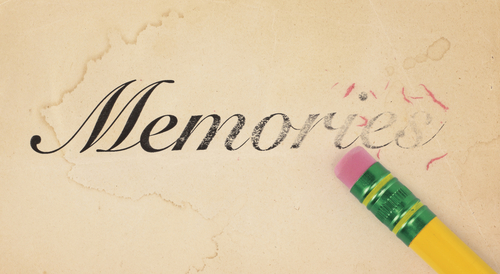 The brain has 100 billion specialized nerve cells called neurons. Each nerve cell communicates with many others to form networks. Nerve cell networks have special jobs. Some are involved in thinking, learning and remembering. Others help us see, hear and smell. Still others tell our muscles when to move. In Alzheimer’s disease, as in other types of dementia, increasing numbers of brain cells deteriorate and die.

There can be memory loss that disrupts daily life. This common sign of Alzheimer’s includes forgetting important dates, events and recently learned information over and over, and relying on memory aids such as notes. Age related change is sometimes forgetting names or appointments but remembering them later.

Planning and problem solving challenges. They can take a long time to complete familiar tasks. There can be an inability to do simple math or inability to recognize common things.

Behavior can change: A person can become aggressive, or can be agitated, irritable, meaningless repetition of words, personality changes, lack of restraint, wandering off and getting lost. Person can be angry, apathetic, general discontent, lonely or have mood swings. They can become depressed, have hallucinations or become paranoid.

The person can loss their appetite or become restless.

They can lose the ability to combine muscle movement and can have jumbled speech.

The role of plaques and tangles

Two abnormal structures called plaques and tangles are believed to be damaging and killing nerve cells. Plaques and tangles were among the abnormalities that Dr. Alois Alzheimer saw when he first named the disease, although he called them different names.

Though most people develop some plaques and tangles as they age, those with Alzheimer’s tend to develop far more.

The plaques and tangles tend to form in a predictable pattern, beginning in areas important in learning and memory and then spreading to other regions.

Scientists are not absolutely sure what role plaques and tangles play in Alzheimer’s disease. Most experts believe they somehow block communication among nerve cells and disrupt activities that cells need to survive.

What can be done:

Drink vegetable juices: These juices have tons of beneficial antioxidants.

Why would eating lots of sweets and carbohydrates increase your risk of dementia? Well, there are three scientific reasons:

Reason 1: Sugar dramatically increases your metabolism, and high rates of metabolism become a major source of free radical production which damage your cells and impair their function.)

Reason 2: High levels of sugar in your body cause the sugar to react with various critical proteins, including enzymes that repair DNA damage caused by free radicals.

Reason 3: Continued high sugar consumption prevents your cells from absorbing the sugar needed to produce energy — a condition called insulin resistance. Another recent study found a high incidence of insulin resistance in those with Alzheimer’s dementia. The worst form of sugar is high Fructose corn syrup.

Study on Insulin Resistance and Alzheimer’s

What Causes Alzheimers? A link

Other Dietary Risks for Alzheimer’s Studies say that three dietary components are shown to promote dementia and Alzheimer’s disease. They are sugar (especially processed fructose), grains and trans fats

People in the highest group using trans fat levels were 74% more likely to develop dementia. Those in the second-highest group had a 52% higher risk

Therapy with B Vitamins such as B6, B9 (follate), and B12 (methylcobalamin) that lower homocysteine levels. It is thought that a high homocysteine level in the brain causes neuronal damage leading to progression of Alzheimer’s disease.

People who eat an average of 180 mg or more a day of DHA, a fatty acid found in fish oils have a lower incidence of Alzheimer’s disease and other types of dementia, compared with people who consume less DHA, according to epidemiologic data collected in the Framingham Heart Study. Dietary supplementation with omega-3 fatty acids may protect cognitive function in patients with mild, early stage AD.

Exposure to sunlight in the morning and sleep pattern restoration

Acetyl-L-carnitine protects against amyloid-beta neurotoxicity and may be helpful in combination with medical drugs, if that is chosen to be used. The dose should not be more than 100 to 300 mg a day a few times a week. You can find an Acetyl L-Carnitine/ Alpha Lipoic Acid combo here

Use of ginkgo biloba should certainly be considered.

Use of curcumin, the yellow compound found in turmeric. Curcumin supplements are now available. Curcumin is lately getting more attention and appears to be a good preventive spice.

Blocking the breakdown of acetylcholine with supplements such as huperzine.

Mood improvement through nutrients and herbs